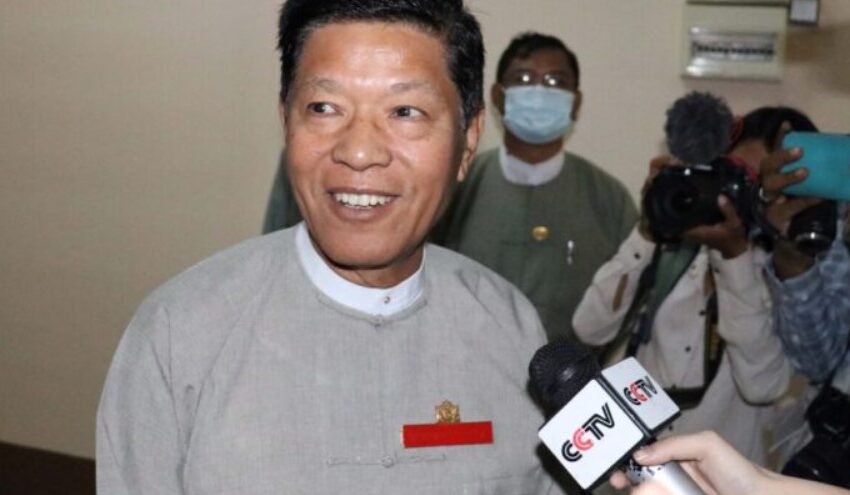 Myanmar’s regime has introduced further restrictions on political parties after it barred them from speaking with international organisations or foreigners without permission from the junta’s electoral body.

The UEC said it will act based on the response of the foreign ministry. Such a restriction is unprecedented in the history of Myanmar’s electoral bodies.

In its August 11 notice, the UEC accused foreign embassies, international NGOs and affiliated domestic organisations of having intervened in the 2020 general election which the regime said was marred by massive electoral fraud.

Citing Articles 407(c) and 408 of the military-drafted 2008 Constitution, and Article 6(f) of the Political Parties Registration Law, the UEC has warned that any parties failing to follow its August 11 instruction face dissolution.

The articles say a party will have its registration revoked “if it directly or indirectly receives and expends financial, material and other assistance from a foreign government, a religious association, other association or a person from a foreign country”.

More restrictions are expected in the Political Parties Registration Law which the regime has been amending as it prepares for an election next year.

Proportional representation (PR) will be introduced, replacing the first-past-the-post system under which the National League for Democracy (NLD) secured landslides in the 2015 and 2020 general elections. PR will supposedly make sure there is no landslide by a single party.

The NLD won more than 71 per cent of the popular vote, more than enough to form a government alone, in 2020. Myanmar’s military seized power and cancelled the election results, citing alleged electoral fraud. The NLD says it does not recognise the electoral body of the junta, which seized power unfairly.

U.S. Secretary of State Antony Blinken earlier this month urged the international community to reject the regime’s “sham elections” planned for next year, saying they would be neither free nor fair.