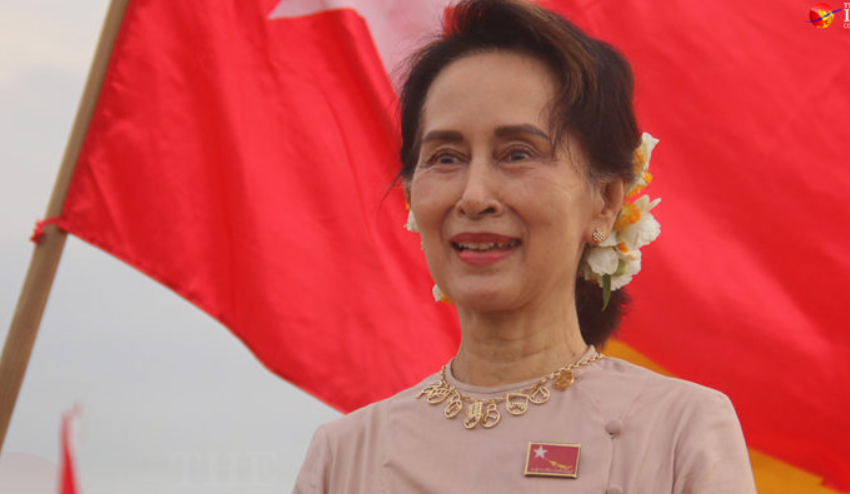 Following the military regime’s plan to dissolve the National League for Democracy (NLD) party, Myanmar’s detained leader Daw Aung San Suu Kyi has said that the NLD will be there as long as the people are there because the party was founded for the people.

Daw Aung San Suu Kyi was speaking during her first in-person meeting with her legal team before appearing in person for the first time at a special court convened in Myanmar’s capital Naypyitaw on Monday. All her previous court hearings have been held via video conferencing.

“Amay [Mother] conveys her well wishes to the people to be in good health and to stay healthy. She said that the NLD party was established for the people so the party will be there as long as the people are,” said Daw Min Min Soe, one of five lawyers representing the ousted State Counselor.

The lawyer said that they met with her in a building in the Naypyitaw Council’s compound, where they were given 30 minutes to get instructions from their client. Daw Aung San Suu Kyi complained that the allocated time was too short.

Daw Min Min Soe said that the lawyers also met with their other clients, detained President U Win Myint and Naypyitaw Council chairman Dr Myo Aung, at the same time.

Last week, it was announced that the three would be tried in a special courtroom to be set up in Myanan Bonthe Street, Zayar Theikdi Ward in Zabuthiri Township, near Daw Aung San Suu Kyi’s Naypyitaw residence.

But Daw Min Min Soe said that the building in the Naypyitaw Council’s compound had been set up as a special courtroom instead. The next hearing is expected to be held on June 7.

Daw Aung San Suu Kyi has been held under house arrest in the hours after the junta’s February 1 coup.

The military regime has filed six legal cases against Daw Aung San Suu Kyi in Naypyitaw. They include possession of imported walkie talkies and breaching COVID-19 regulations, among others. The junta has also filed another case against her in Yangon under the State Secrets Act.