The Chin National Front (CNF), one of the ethnic armed organizations in Myanmar, has allied with the National Unity Government (NUG), becoming the first such group to side with the country’s shadow government formed to topple the military regime. According to the pact signed on Saturday, the two sides agree to cooperate based on equality, mutual respect, and mutual recognition to resist the dictatorship and establish a federal democracy said the CNF. The two sides also agreed to cooperate in other areas, including the protection of civilians and implementing a federal union. 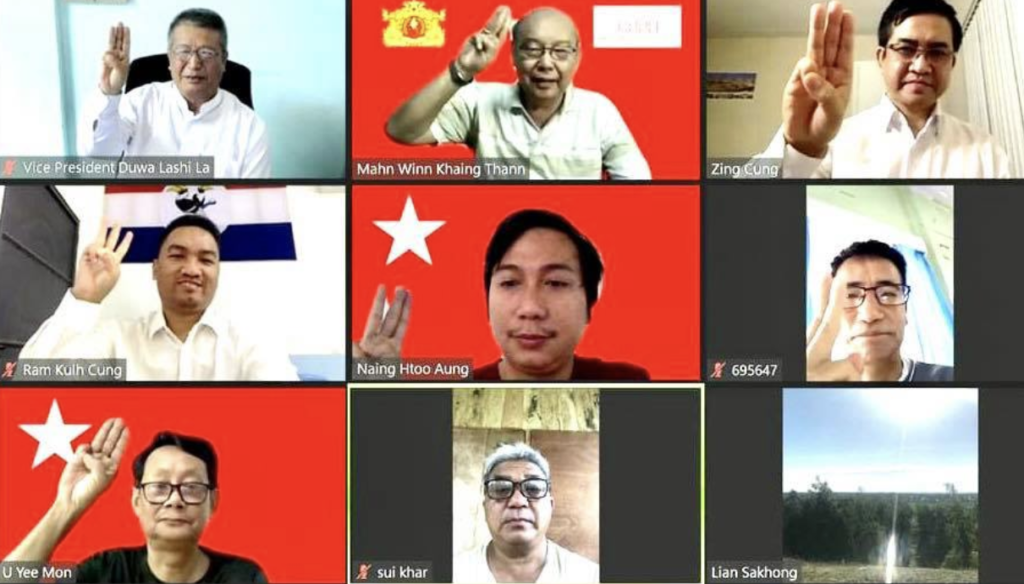 In Chin State’s Hakha and Mindat townships, the civilian resistance fighters, known as the Chinland Defense Force (CDF), and the junta forces have been fighting since late April, leaving casualties on both sides and displacing Mindat’s residents. On Saturday, shootouts between the CDF and junta forces also started in Kanpetlet Township. The junta fired artillery atKanpetlet as retribution on Sunday, causing half of its 5,000 population to flee. The agreement was signed by Vice-President Duwa Lashi La, PrimeMinister Mahn Win Khaing Than, and other NUG ministers. CNF chairman Pu ZingCung and other leaders signed the agreement. The CNF is one of the eight ethnic armed organizations that originally signed the NationwideCeasefire Agreement (NCA) with the U Thein Sein government in October 2015. When the NUG was formed in mid-April, CNF vice-chairman SalaiLian Hmung Sakhong was appointed federal affairs minister of the shadow government.The CNF has become the first to ally with the NUG while the military junta has declared it to be a terrorist organization.

Meanwhile, other NCA signatories are working to broker talks between the NUG and the military regime. The signatories sent a letter on May 11 to foreign embassies of countries that witnessed the signing of the NCA, including China, asking them to intervene in Myanmar’s crisis. CNF chairman Pu Zing Cung did not sign the letter.The proposal drew ire from Myanmar’s people as it suggests holding dialogue with the military regime, which has killed over 800 civilians since the coup on February 1.