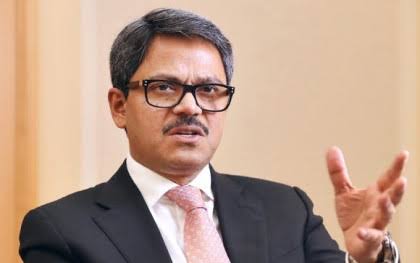 NEW DELHI: India came in for some praise from Bangladesh and also got a reality check from its junior foreign minister Shahriar Alam. At a webinar on Thursday, Alam, speaking from Dhaka, said the two countries are “witnessing a golden chapter in bilateral relations” with ties having matured but he also indulged in some plainspeak, saying “we must work together to resolve pending issues”.

Alam reminded New Delhi how Prime Minister Sheikh Hasina had taken a “bold initiative” in the face of “humongous domestic challenges and huge political risk when transit (via Bangladesh) was such a sensitive word. If this word was uttered, people would jump off their chairs but she made it look so easy.”

He demanded his country’s huge trade deficit with India be redressed, noting that on SAFTA (South Asian Free Trade Agreement) “we never delivered” even though the deal was negotiated three decades ago. He also bemoaned the fact that SAARC has failed to live up to expectations and has failed to deliver, while also making a pitch perhaps for its revival. Referring to another sub-regional organisation, BIMSTEC which India has pushed as a counter to SAARC, Alam said: “We’re now heavily banking on BIMSTEC, we’re making progress on that front but I think we can do more especially under SAARC…”

Alam also made known Dhaka’s issues with India on Rohingya refugees. “We have received assurances from India time and again,” he said while suggesting a Track 2 or 1.5 dialogue on the matter, adding that “We’re struggling to make our citizens understand when India chooses to abstain from voting against Myanmar.”

He also held out a warning on the headache that the refugees posed to his own country’s security agencies, indicating that India too could end up getting “exposed”.

On China, Alam said Bangladesh’s “engagement with Beijing has paid dividends” in terms of infrastructure and economic progress but also sought to assuage Indian anxieties. “The depth and breadth of our relationship with India is known”, he said referring to the bloodshed by soldiers of both countries for the liberation of Bangladesh.

The minister pooh-poohed suggestions that Bangladesh, like many other countries, would fall into the Chinese debt-trap by availing loans from it. “We’re under no risk whatsoever of a debt trap… our fundamentals are strong. We know exactly what we’re doing here.”

Aware of New Delhi’s concerns about the Belt and Road Initiative (BRI) which India has not joined and Bangladesh has, the minister said: “We see the BRI as an economic cooperation initiative. We’re not committed to any defence or military initiatives.”

But the Bangladesh military is largely equipped with Chinese weapons and has even acquired two submarines for reasons that remain unclear. The submarines may require the stationing of Chinese military personnel on Bangladeshi soil for training and maintenance purposes, a development that could exacerbate India’s concern.