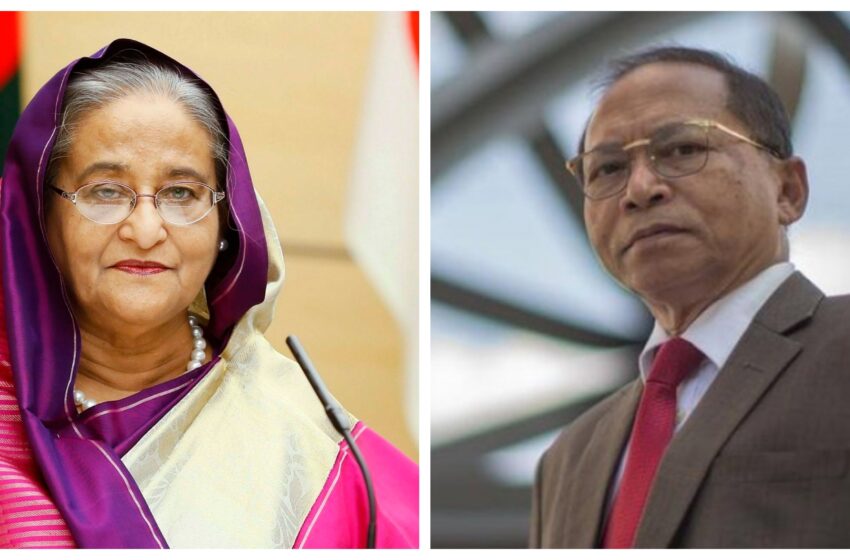 NEW DELHI: A corrupt man being held to account? Or was former Bangladesh Chief Justice SK Sinha the victim of a political witch-hunt after he fell out with the powers that be? The truth may never be known.

Late last week, Dhaka filed charges of money laundering against Sinha, the country’s first Hindu chief justice of the Supreme Court, three years after he fled the country fearing for his life. The charges also cover fraud arising from transactions with the Farmers Bank in 2016. Sinha already has an arrest warrant against him, issued in January this year.

It was a steep fall for a man who, when elevated to chief justice in January 2015, was high in Prime Minister Sheikh Hasina’s favour. It was also her thank you message for the long-standing support of the country’s small Hindu community.

It helped that Justice Sinha had delivered landmark judgements, including sentencing the killers of Bangabandhu Sheikh Mujibur Rahman, father of Sheikh Hasina, to death. He also ruled as illegal the 5th amendment which legitimised the governments that seized power after Mujib’s killing. He dismissed the 7th amendment which confirmed the martial law regime of Gen. Hussain Ershad and upheld the legality of the 13th amendment doing away with caretaker governments during elections.

It appears his undoing was not accepting Parliament’s power to remove sitting Supreme Court judges through impeachment.

In a 500-page tome titled ‘A Broken Dream’, Sinha claimed he was found corrupt only after his ruling against the government. In an interview with ‘Al Jazeera’ two years ago, he recalls being summoned to a meeting with the Prime Minister, the day before the judgment, where he says Hasina repeatedly pressed him “to rule in favour of the government”. He claims his refusal enraged her because she wanted the courts “to be used as instruments to serve the government’s purpose”.

The Supreme Court’s observation that “No nation, no country is made of or by one person,” may also have incensed Sheikh Hasina who would have seen it as insulting of her father, Bangabandhu Sheikh Mujibur Rahman. It may have even raised the suspicion that Sinha had political ambitions.

The Bangladesh government has refuted Sinha’s claims with the attorney general telling the same TV channel that the book was the product of his “wild imagination” and it was not to be taken seriously. The government also rejected the charge that senior intelligence officers threatened Sinha which he has documented in his book.

Sinha’s story may not be unique to a region where the executive is often accused of seeking to subordinate the higher judiciary. In Pakistan, the assault on the judiciary has been direct to the point where it has no credibility left. In India, the judiciary is often accused of encroaching on the executive’s jurisdiction, while others claim recent Supreme Court rulings suggest high level executive influence.