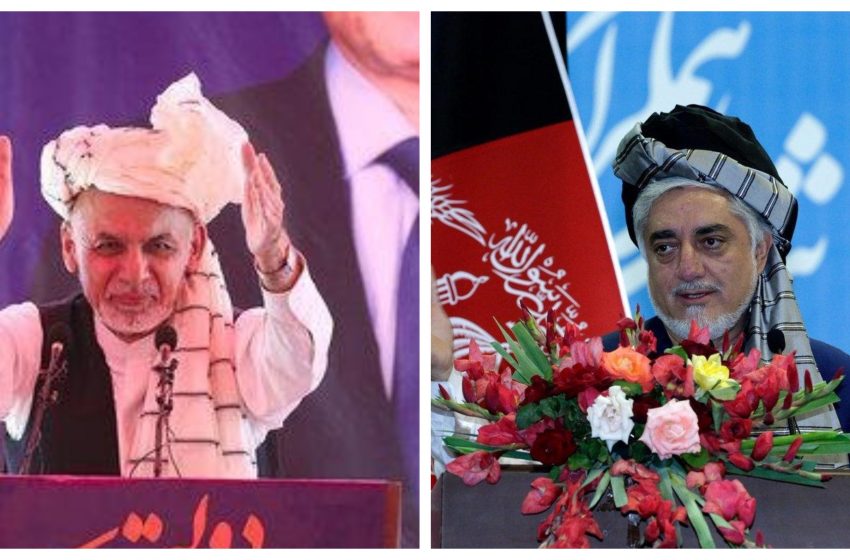 NEW DELHI: When it rains it pours. The drying up of clarity over electoral uncertainty for almost five months and suspenseful skepticism about stop-start talks with the Taliban for over 14 months has turned into a deluge of claims and counter-claims in Afghanistan. The official final results of the Presidential election give Ashraf Ghani a second term. The Independent Election Commission (IEC) handed him a narrow 0.64 per cent of the votes above the 50 per cent plus one vote needed to avoid a second round run-off after the September 28, 2019 polls. He is adjudged to have 923,592 of the valid turnout of just over 1.8 million (1,823,948)—only about 18 per cent of the registered voters.

The National Unity Government (NUG) Chief Executive Dr Abdullah Abdullah has 39.52 per cent (720,841) while Gulbuddin Hekmatyar is a distant third with 3.85 per cent of the vote. The results show only minor changes from the IEC’s December 22, 2019 preliminary announcement. After protests by Abdullah and others about 300,000 disputed votes, the IEC decided to add 262 to Ghani’s total, 742 to Abdullah’s and invalidate 453. IEC chairperson Hawa Alam Nuristani called the day “historic” saying 31.5 per cent of the voters were women.

While the IEC may have declared the winner, Dr Abdullah speaking to supporters at a gathering in Kabul declared the results illegal and invalid, describing the IEC decision a coup. He claimed his team has won because of the ‘clean’ votes that have not been counted. Abdullah went on to pledge an alternate, inclusive government from across the country. The Chief Executive has support from other key ethnic leaders but there could be another twist like in 2009 when the U.S. pressured him to opt out of a run-off with Hamid Karzai or 2014 when U.S. Secretary of State John Kerry brokered the NUG.

President Ghani also spoke to his supporters appearing with First Lady Rula Ghani, first Vice-Presidential running mate and former spy chief Amrullah Saleh and second Vice-Presidential running mate Sarwar Danish. He dedicated the victory to the people: “We should have patience in both small and big matters,” and problems will be solved by “self-acceptance,” not by guns. Ghani said the government will move the peace process forward but the ultimate decision will be made by the people.

There has been much hope for that process but the Taliban Spokesperson raised doubts about a deal post a reduction of violence (RiV) for seven days that was expected to be signed post that week on February 29 in Doha. The statement says “Just as announcing Ashraf Ghani as President under the cover of fake elections is unlawful and has no legal basis, it is also in conflict with the contents of the ongoing peace process while keeping in mind the current sensitive circumstances.”

The Taliban and Afghan forces have been continuing their attacks and offensives after the formalisation of the deal was made official by U.S. Secretary of State Mike Pompeo and Defence Secretary Mark Esper at the Munich Conference. A formal announcement is expected over the next few days. The Taliban have also talked about a deal-signing at the end of this month with about two dozen international representatives, a prisoner swap of 1000s on both sides and intra-Afghan talks within 10 days of the signing. With the IEC announcement, President Ghani has to quickly reach a consensus on what is thought to be a 15-member delegation for those talks while his main rival raises questions of the President’s legality. The developments of announcing disputed Presidential election results in the same week as the expected U.S.-Taliban deal raises questions of political motivation.