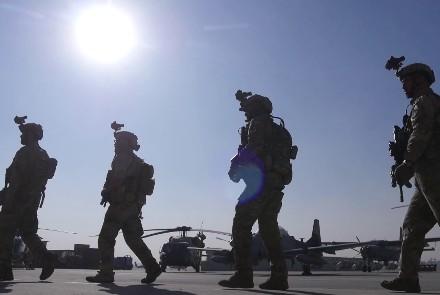 KABUL: A hashtag has emerged on social media, calling for the withdrawal of foreign forces from Afghanistan: #get_out_of_Afghanistan. There have been several thousand tweets and retweets with this hashtag over the past few days.

The question of who is behind this high-volume messaging campaign cannot be definitely answered but I took a closer look at the tweets to see what could be learned.

My starting assumption was that these tweets were not real, and that this was obviously an influence campaign and not a trending, organic expression of “the voice of Afghans”.

I hypothesized that a specific cluster of Twitter users that might be bots (computer-operated accounts) or “fake users” (users with a specific agenda to spread these hashtags) were promoting this thread as part of an “information operation” in the social media space.

There are obvious indicators, such as frequent citing of the Doha agreement, suggesting that these tweets serve the agenda of the Taliban and its allies. The Taliban use social media extensively to support their activity in Afghanistan.

Below are the main takeaways suggesting that these tweets are organised and managed by a specific group:

(Fahim Ahmad Yousufzai is a Kabul-based data analyst. Views expressed in this article are personal)