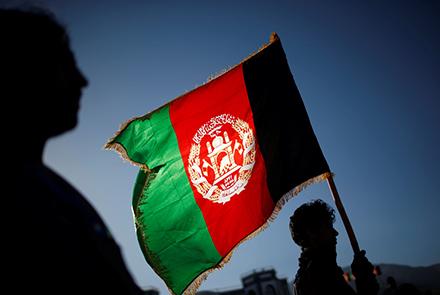 As the Afghan people advance into the unpredictable but terrifying terrain of the unknown, an undefined future is on the horizon for the younger generation of this country.

The horrific bombing of a girls’ school on a Saturday evening in west Kabul, which took the lives of at least 90 students and wounded more than 150, can foretell the future of Afghanistan’s younger generation in years to come.

The heinous attack on the girls’ school comes after a chain of targeted assassinations against civil society activists, young journalists and university students, including the heart-wrenching attack on Kabul University, which at this very moment still vibrates with the loudest hum in the back of every student’s mind and the memory remains like a soft ache inside our ribcages. I still wonder if that was the beginning of the end for the hard-gained achievements of our last two decades.

The rapid escalation in violence and targeted assassinations, which came with such an alarming magnitude, followed President Biden’s announcement of a surprising shift from a conditions-based to calendar-based withdrawal of U.S. troops, which is due to be completed by September 11, 2021.

Now that NATO and U.S. troops are withdrawing, the question of legitimacy for the Taliban’s continuing fight arises, but the temptation to take over power and enforce its self-created ideology leads the Taliban to continue its fight against Afghans. They are losing the pre-existing support among ordinary Afghans, who have always remained optimistic about an inclusive government that would have accommodated the Taliban in the government and back in their own communities.

While the Taliban clearly rejected any involvement in recent attacks, especially on students in schools and universities, still the war-weary and frustrated public blames the Taliban and the fractured government in Kabul for their constant failure to make peace and protect innocent civilians during the armed conflict.

Even if the violent attacks are committed by foreign elements and terrorist groups, the growing division among political leaders and the ceaseless back-and-forth clashes between the Taliban and the government creates an environment conducive for other extremist groups to find sanctuary in Afghanistan, exploit the instability of this strategic part in the region, and hence endanger both our national and international security in the long run.

Now, what can Afghan youth do about this situation?

For a long time, Afghan youth did everything humanly possible not to succumb to the pressure of this brutally violent conflict and they have fiercely strived to remind the negotiating parties that it is their future being discussed and bargained for at the negotiating table and it will be them living the consequences of any peace agreement signed by the negotiating parties. But the main question is, are leaders hearing their demands for change in a country not only plagued by a ceaseless and decades-old conflict but also shaped by the old tested and failed systems of decision-making? Today, our country seems to have outgrown its need for a system that has always been monopolized by politicians, warlords and community leaders and their failed strategies for the future of this country.

The Afghan government and Taliban use the top-down approach in the current peace process, which shrank into an elite-oriented pie-cutting exercise and debate over power-sharing arrangements between the negotiating parties.

The current stalemate in the intra-Afghan negotiations accompanied by a significant increase in violence on the ground has proven that peace cannot trickle down from mere agreement between the warring parties and it cannot deliver a sustainable peace unless high level negotiations and grass-roots level reconciliation go hand-in-hand.

While the difficult yet significantly crucial work at the grass-roots level for reconciliation, reintegration and reconstruction is missing, we cannot expect the elite-centered peace talks to bear fruit and heal the decades-old wounds of our nation—they will prove to be yet another temporary plaster over a deep and permanent crack.

Now more than ever before there’s a need for the top-down approach of the peace process to be supported by a parallel bottom-up approach which can give local people a sense of ownership and responsibility, reduce misunderstanding, heal trauma and provide a conducive environment for reintegration.

And it wouldn’t be possible without the meaningful participation and efforts of young people from both sides of the conflict, who will be living together and building together a shared future and a shared nation.

Activism is not the only course forward for us to see the changes we seek; the real work delivered by young people at the grass-roots level is left undone. Before the “point of no return” is reached we need a real paradigm shift by creating a synergy of old structures and new methods of decision-making to bring about a long-lasting and sustainable peace.

There still remains a limited breathing space for us to right the wrong, to shape and leave a dignified legacy behind—and only then our country will reclaim its promise and out of the deep darkness of the night a brighter day will emerge.

(This article is authored by Aisha Khurram who served as the Afghan Youth Representative to the United Nations in 2019. She is currently pursuing undergraduate studies in law and political science at Kabul University. Views expressed in this article are personal)