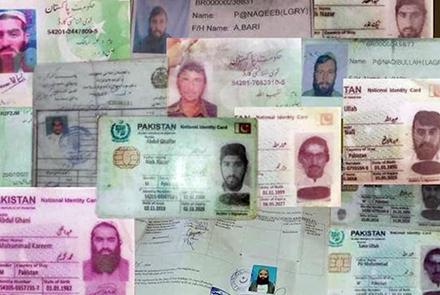 KABUL: The number of foreign fighters on the battlefields in the eastern parts of Afghanistan has increased, with most of them Pakistani nationals who are fighting alongside the Taliban in areas along the Durand Line, an Afghan Army general said on Monday.

A report submitted to the United Nations Security Council on Sunday indicated that the total number of “Pakistani foreign terrorist fighters” in Afghanistan is estimated “between 6,000 and 6,500, most of them with Tehrik-e-Taliban Pakistan (TTP)”.

“Intelligence information shows that there are retired Pakistani colonels who are training the local Taliban,” said Gen. Karim Niazi, commander of the second regiment of Selab 201 Corps.

A captured Taliban member, named Shiran, said Pakistani fighters are fighting in support of the Taliban in Khogyani district, Nangarhar province. “When we came to this mosque, there was a Pakistani who was killed by (Afghan) commandos and I was arrested,” Shiran said.

The issue was spotlighted by Pakistani lawmaker Ali Wazir, who raised questions on his Twitter account, asking why Pakistani bodies are brought to Pakistan from Afghanistan and what are Pakistan’s priorities.

Last week, Kandahar Police Chief Gen. Tadeen Khan shared a number of identity cards which, according to him, belonged to Pakistani fighters who were killed in Maroof district of Kandahar province.

“Some bodies were left behind by the militants. All of them had Pakistani identity cards. This proves that they were Pakistani nationals,” said Jamal Barikzai, Kandahar police spokesman.