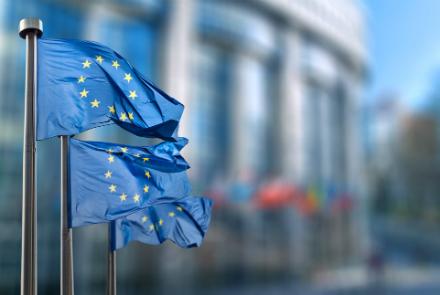 KABUL: This year again we, the Ambassadors of the European Union and the Member States based in Kabul and the Ambassador of Norway, seize the opportunity of 8 March, the International Women’s Day, to offer our support to the women and girls of Afghanistan. But this year is different. Just a few days ago, on 29 February, respectively in Kabul and in Doha, a Joint Declaration was adopted and an Agreement was signed. Both documents share the aspiration to bring peace. Still, we hear that many Afghan women have received them with mixed feelings of hope and fear. These sentiments have inspired our message.

At the outset of these remarks, we express our admiration to the Afghan women we meet in our daily life in Kabul or during visits to the provinces. Be they politicians, rights activists, entrepreneurs, journalists, public servants, medical doctors, farmers or members of the Community Development Councils, members of the ANSDF, or involved in so many other roles, we see them as a vibrant testimony of the progress achieved over the last 18 years as much as a clear denial to those who see no space for Afghan women outside their homes. In the face of so many challenges, these resilient, brave, talented, dedicated women are today an asset for their country.

They will be even more an asset tomorrow provided they become active players in the peace process, taking their rightful seats at the negotiation table. International experience offers an important lesson for Afghanistan at this critical juncture: a peace process is much more likely to be successful if women are closely involved and their voices influence decisions. Already in Doha last July, on the occasion of the Intra-Afghan Dialogue organized by Germany and Qatar, the large participation of women made the Taliban understand that Afghanistan in 2019 had little to do with the desolated country they had left behind in 2001 after five years of a devastating rule. Their presence and resolute participation in the deliberations also suggested that these changes are irreversible.

Indeed, when considering the gains of the last two decades, without hesitation we characterize promotion of women’s and girl’s rights as the most iconic among other progresses achieved and also as the most promising for the future of Afghanistan. It is therefore essential that in the context of the peace negotiations, not just women are part of the negotiating Parties but that the status of Afghan women and girls in the post-conflict scenario is considered a matter of the highest priority.

Ensuring gender equality is a matter of rights. It is also a manifestation of good economic sense. Often borne out of personal ambition or to escape poverty, many women have over the last years become economically active, in employment and as entrepreneurs. Besides raising the children of this country, providing care for the elders and the victims of this war, women now also bring financial support for their families. They are an integral part of the economy. And Afghan women have all reasons to be proud of this achievement.

In the coming months, hard work is required towards establishing new common ground so that we may see dignity, self-determination and respect of women and girls ensured in a future Afghanistan. Progress of women is progress for all of Afghanistan. It is not an option but a necessity. An equal Afghanistan is an enabled Afghanistan.

We have made the values and principles of the Islamic Republic of Afghanistan the cornerstone of our partnership with your country. 2020 will be the year of a new pledging conference for Afghanistan where donors will sit with the Government to discuss our financial commitments and associated objectives for the next four years. No doubt that our renewed engagement will be for a large part inspired by the great example offered not just to this country but to the world by the courageous women of Afghanistan.

So let’s, as Europeans and as Afghans, celebrate Women´s Day and be determined to make a difference for gender equality!