NEW DELHI: The crumbling nature of nuclear arms control is driven by a number of factors. It’s no longer about two big nuclear armed powers, rather there are now nine with possibly many more waiting to get on the bandwagon, says Manpreet Sethi, scholar and commentator on nuclear arms and strategic issues. In a chat with StratNews Global, Sethi makes the point that trust deficits between nations and the emergence of new technologies such as hypersonic vehicles, threaten India as much as other countries. So India must continue to improve and upgrade its nuclear arsenal while avoiding the race for adding more and more delivery vehicles. She also believes India must stick to its No First Use posture, which has served her well. Nuclear deterrence, she points out, is a mind game, its value lies in how you play that game while ensuring a stable yet credible nuclear arsenal. 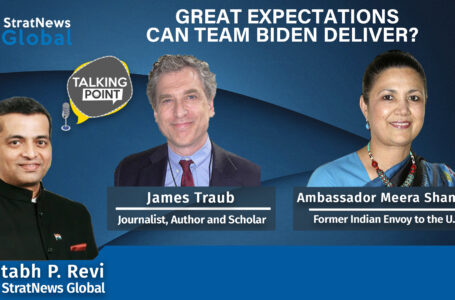