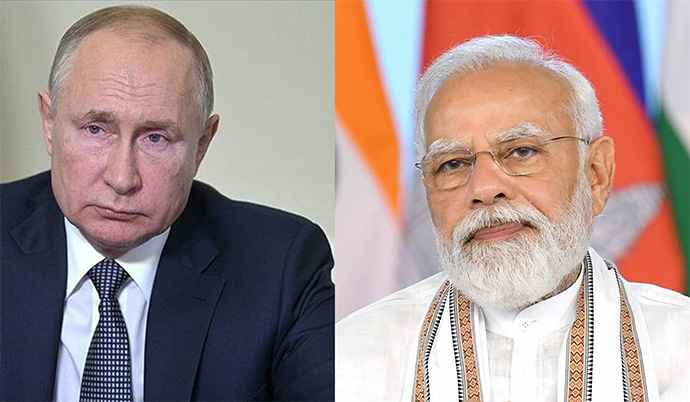 NEW DELHI: Here’s a thought: India’s ambitious Atmanirbhar plan to vastly expand the indigenous design, development and manufacture of military hardware does not necessarily imply any dilution of the decades-old Russia connection in defence. Rather, given U.S. and European sanctions because of its Ukraine adventure, Russia may see it worthwhile to invest in India’s military industry, transferring technology, creating capacity and using this country as a base to sell in Asia and Africa.

A case in point is Russia’s decision to make the Kalashnikov 203 model rifle in India. Although the Ukraine crisis has reportedly delayed the make in India part of the project, an initial batch of 70,000 rifles has been delivered in keeping with the terms of the contract. Production could take a year or two to get off the ground.

As for India’s fleet of Sukhoi fighters or T90 tanks, these are expected to remain in service for many more decades.

“The Make in India programme in defence manufacturing will benefit from cooperation with Russia as spares and servicing of existing inventory of Russian origin can be produced in India rather than imported,” says Venkatesh Varma, former ambassador to Russia, adding that “The Ukraine crisis has underlined the urgent need to proceed in this direction.”

Important to note that Russia has given India technology no other country is prepared to give, such as for nuclear-powered submarines. Russia was the first country to allow leasing of nuclear submarines to India, which has enabled this country’s navy to gain valuable expertise in the operation and maintenance of such vessels including its nuclear reactor. Today, we are building our own nuclear-powered submarines.

The India-Russia military connection underscores another point: strategic partnerships are not necessarily built on the foundations laid by trade and commerce. Ambassador Varma points to China and the U.S., “they do trillions of dollars in trade every year, yet are strategic rivals”.

Comparatively, India and Russia did a little over $13 billion in trade last year, which could go up to $19 billion by the end of this year, according to Denis Alipov, Russia’s ambassador in Delhi. It may seem small change by U.S. and Chinese standards yet it has not come in the way of Delhi and Moscow building a strategic understanding.

The Indian market is important for Russia, but it’s not Russia’s only or most important market. Reports indicate Russia’s military order books are full for the next decade, with a wide swathe of countries ranging from West Asia and the Persian Gulf to Southeast Asia and Africa.

The analogy can be extended to energy. Although the oil-rich Gulf states will remain India’s main suppliers (the U.S. is at No. 2), Russia is not far behind, offering India crude at discounted rates. It’s a good deal for both.

Another point: it’s important to look at the future. If Russia wins the war in Ukraine, it emerges as the pre-eminent power in Europe. The latter may have no choice but to come around and acknowledge this reality. At some point, expect the U.S. to do the same. Therefore, one could say India and Russia are investing in the future.