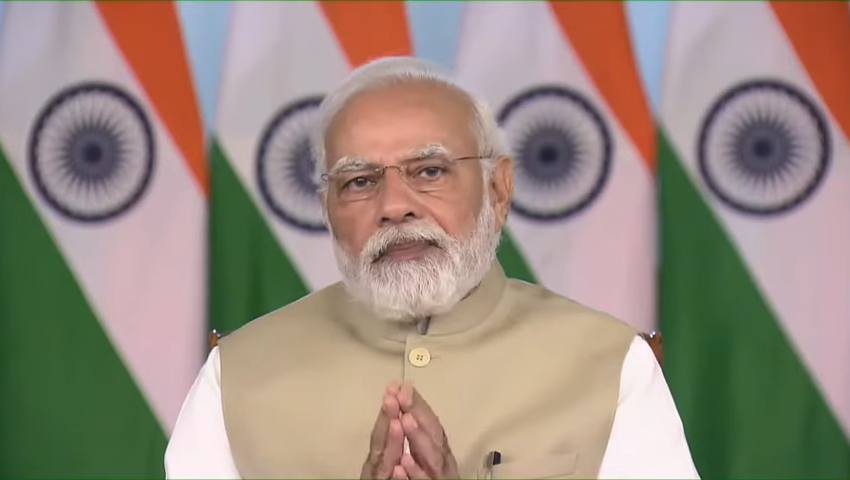 Game on! The first summit of the oddly named I2U2 (Israel, India, UAE, US) held virtually, appears to have gone off well with a slew of joint projects and India at the centre of those.

The UAE will invest $2 billion to develop “integrated food parks across India that will incorporate state-of-the-art climate-smart technologies to reduce food waste and spoilage, conserve fresh water, and employ renewable energy sources.” US and Israeli companies will also offer their expertise to “maximise crop yields and tackle food insecurity in South Asia and the Middle East.”

A 300-megawatt renewable energy project will come up in Gujarat for $330 million where “Israel and the United States will work with the UAE and India to highlight private sector opportunities.” Such a move according to the joint statement released at the end of the summit, will help India become a “global hub for alternate supply chains in the renewable energy sector.”

Prime Minister Modi had reason to be happy. “I2U2 has set a positive agenda right from the first summit today. We have identified joint projects in many areas and have also prepared a roadmap to move forward in them,” he said, adding that “By mobilizing the mutual strengths of our countries – Capital, Expertise and Markets – we can accelerate our agenda and contribute significantly to the global economy.”

And in keeping with the “culture” of the Indo-Pacific Quad, there was no mention of security. As Foreign Secretary Vinay Kwatra put it, “The principal orientation objective of the I2U2 grouping was economic and the objective was to deploy private capital for tangible economic benefits for all.”

So contentious issues such as Iran, the Russia-Ukraine conflict, Afghanistan or the current crisis in Sri Lanka were not discussed. Kwatra also pointedly discouraged any reference to the grouping as the West Asia Quad stating that given its economic orientation it would be best referred to as I2U2.

But others argue that India needs to be very conscious of how it is perceived. A senior diplomat said whatever the grouping may call itself, the rest of the world would continue to see it as a strategic West Asia Quad. This he believes may become a big problem for India. “The US and Israel want to use this grouping to deepen Israel’s integration into the region. This could become a big problem for India especially with regard to Iran. India needs to tread with caution.”

There could be some truth in that. US National Security Adviser Jake Sullivan said the I2U2 “can become a feature of the broader region just as the Quad has become a central pillar of the Indo-Pacific strategy of the US.” Sullivan made another interesting point: India was one of the most “strategically consequent countries” in the Indo-Pacific and therefore “should” play a central role in US strategy. India, he noted, had a long-standing relationship with the Gulf countries and Israel.

Writing recently in The Hindu, strategic affairs analyst C Raja Mohan said the I2U2 underscored India’s willingness “to break with old taboos” in its West Asia engagement. Under Modi, India has not only brought ties with Israel out of the closet, it has reinforced relations with the Gulf monarchies, notably an FTA with the UAE and another being negotiated with the GCC. The I2U2 is also a continuation of a trend visible since the Quad, Delhi’s willingness to negotiate with key countries and partners, the terms of a joint engagement. Game on!