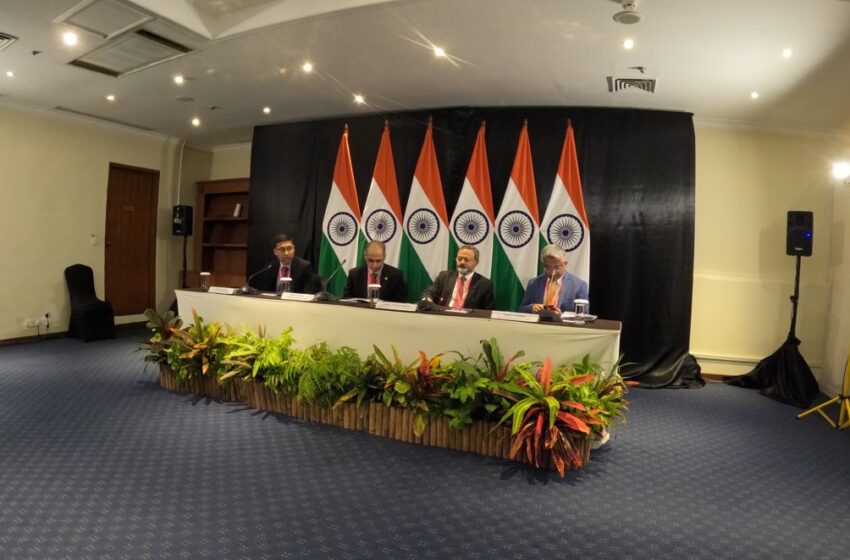 BALI, INDONESIA: With a simple transfer of the gavel and a handshake, Prime Minister Modi took over the chair of the G20 from Indonesia’s President Joko Widodo at the end of the Bali summit. Over the coming year, India will have the opportunity to put its stamp on issues of concern to the Global South.

“I want to assure that India’s G20 presidency will be inclusive, ambitious, decisive and action oriented,” Modi said at the closing session of the summit. “We will strive to ensure the G20 acts as a global prime mover to envision new ideas and accelerate collective action. The sense of ownership over natural resources is giving rise to conflict and become the main cause of the plight of the environment. “

He called for the benefits of development to reach all and underscored the priority India’s presidency would place on women-led development.

In an oblique reference to the conflict in Europe he said: “Without peace and security our future generations will not be able to take advantage of economic growth or technological innovation. All these priorities are fully embodied in the theme of India’s G20 chairmanship – One Earth One Family One Future.”

That very conflict in Europe threatened to reopen the declaration which had been negotiated over 17 days and was finalised only late on Tuesday. StratNewsGlobal learns that the mystery missile strikes on Poland early this morning had agitated some G7 members, and there was concern over the final declaration.

But as Foreign Secretary Vinay Kwatra told journalists at a briefing on Wednesday afternoon, “The G20 is the premier forum for international cooperation, bringing together major economies to overcome challenges.”

Given that, and the fact that parts of the world are facing recession, was reason enough for even the most recalcitrant G7 member to back off from reopening the declaration.

Kwatra said India contributed to the consensus with Modi underscoring what he had personally conveyed to Russia’s President Putin not very long ago, that “this was not the time for war and it must be resolved through diplomacy and dialogue.”

Senior Indian officials confirmed urging the West to agree on a common formulation over Russia, which could then be carried in the final declaration. This would involve some toning down of condemnatory language (otherwise Russia would not accept it). Reports said it took another meeting on Wednesday morning with President Biden, German Chandellor Scholz, France’s President Macron and other leaders to reach a consensus.

“Most members,” the statement began reflecting internal divisions, “strongly condemned the war in Ukraine and stressed it is causing immense human suffering and exacerbating existing fragilities in the global economy.”

The statement said these countries “deplore in the strongest terms the aggression by the Russian Federation against Ukraine and demands its complete and unconditional withdrawal from the territory of Ukraine.”

It acknowledged “other views and different assessments of the situation”, as well as regarding sanctions.

For now, the differences have been papered over but the sooner the Ukraine war ends, the faster the world can turn to restoring normalcy to a troubled international economic and political order.