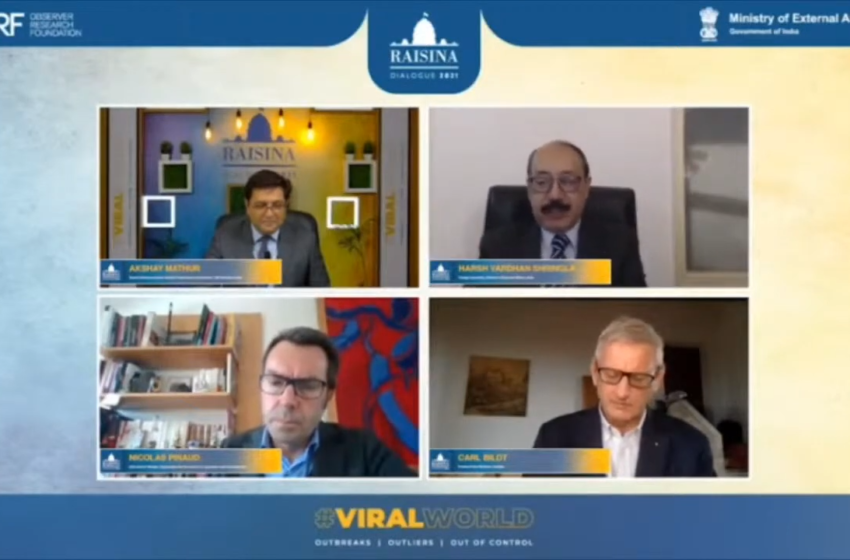 NEW DELHI: The global pandemic has caused nation states to re-examine the way they look at and deal with one another. From earlier age-old alliances that were more fixed in nature countries are now increasingly exploring bilateral, plurilateral and multilateral alliances that work for the greater good rather than simply coming together for ideological or need-based reasons.

Foreign Secretary Harsh Shringla stated that India had become a successful proponent of this diplomacy. Urging countries to come together to tackle a crisis of “global dimensions” he said, “India saw the writing on the wall fairly early. Prime Minister Narendra Modi convened a meeting for Saarc where the emphasis was on what can we do together. All Saarc leaders attended and the Saarc emergency Covid-19 fund was set up. This was a great example of regional cooperation even if countries didn’t see eye to eye on political or security issues.”

The emphasis on countries to work together for a common cause despite differences was not just seen in Saarc. Shringla pointed out how G-20 nations had accepted Modi’s suggestion for an “extraordinary virtual summit” in March last year to deal with ways to tackle the pandemic. It wasn’t just the G-20, the Quad too which is primarily viewed as a security alliance came up with a vaccine diplomacy initiative, using India as a manufacturing base, to provide much needed drugs to countries in the Indo-Pacific.

“If you look at the way India has worked on the pandemic you will see we have worked at all levels. On the global level we have been working with the UN, World Health Assembly among other organisations while on the regional and multilateral level we are working BRICS, SCO RIC, JAI for the same. As far as we are concerned, we are happy to work with all concerned at whatever forum.”

Former Swedish prime minister Carl Bildt agreed with Shringla and stated that global problems such as the pandemic and pressing concerns over climate change meant that countries often had to work together even if they may not be in agreement on other major issues. “We have seen cases where the UNSC has been divided on key issues and nations have remained divided especially on trade issues. At the same time countries are realising that it is imperative to work together on a global scale because of challenges such as climate change and the pandemic. So, what we see now is a resurgence in global frameworks and agreements to tackle these challenges and within that plurilateral groupings have emerged.”

Bildt said that the emergence of these forums meant that the world was now witnessing a growth of plurilateral alliances. “The Arctic Council is one such example. These are composed of the seven Arctic states but at the self-same time we follow international law and the UN Convention of the Law of the Seas. So, you have a group of nations in a plurilateral grouping operating on international law and multilateral agreements. That may be a scenario we will see more of going forward.”