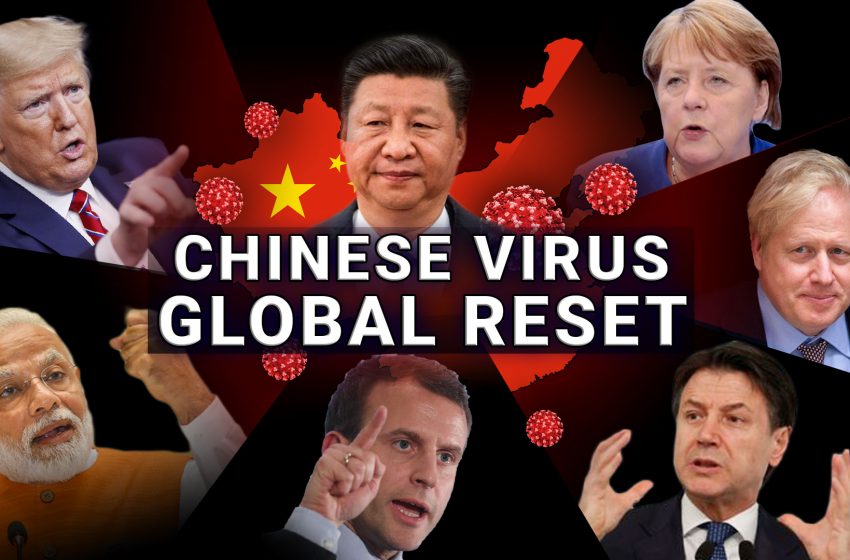 As part of our ‘Chinese Virus, Global Reset’ series, StratNews Global reached out to former diplomats and strategic analysts with a set of questions to essentially get their responses on what the world order will look like post Covid-19. Former Indian foreign secretary Kanwal Sibal tells Deputy Editor Parul Chandra that post the pandemic, the existing world order will try and reorder itself in some ways and global tensions can be expected as leading powers work to prevent such virulent outbreaks in the future:

A: “Global order” is a myth because the term assumes that the world is orderly. This is not the case and, therefore, we should not get trapped into thinking that the coronavirus pandemic will cause disorder where there was none before. It is just that the pandemic presents one more challenge to our collective well-being, but it is a particularly serious one as in this case countries cannot defend their national borders even with the most advanced military means. Pandemics cannot be controlled through tariffs and customs barriers. The world has been knit together tightly because of investment and trade flows, tourism etc. People are moving around in vast numbers because of easy connectivity. This dense international connectivity cannot be severed without causing political, economic and social upheaval. After this pandemic is controlled, the world will have learnt some bitter lessons. The existing “global order” will try to reorder itself in some ways. Tensions will follow as leading powers get engaged in devising ways and means to prevent future pandemics, which will require probing into the source and handling of the present one. The retreat from globalisation will continue, which means that multilateralism will further weaken.

A: US supremacy has already been threatened by China which is today the biggest exporting country, the second-largest economy and the biggest financier of international projects through its Belt and Road Initiative. China, through its Asian Infrastructure Bank, is competing with US-dominated institutions like the World Bank. As the second biggest donor to the UN system it has acquired considerable influence within it. China is ahead of the US in some technologies of the future such as Artificial Intelligence. The US-led “global order” has already been under stress because of US policies under President Trump, which are essentially a response to the economic rise of China and its open challenge to US power. A China-led world order will meet resistance not only from the US but also Europe, Japan, India and even Russia. The US hegemony is based on its economic and overwhelming military power — China lacks the latter. The coronavirus pandemic is already destabilising the global economy because the China-centric global supply chains have got disrupted, laying bare the danger of over-dependence on China. With regard to critical supplies, nations will now try to re-build local capacities or shift parts of manufacturing out of China. Beijing will pay a price for its arrogance, on the responsibility it bears for what can rightly be called the China virus.

Q: How do you see the EU’s standing on the world stage post the coronavirus?

A: The EU’s global standing has been diminishing over the years. European countries realise that individually they can no longer compete economically, either with the US or rising Asia. They have concentrated on creating a larger European bloc to increase their international weight, while relying on the US/NATO for their security faced with a militarily powerful Russia. The EU also believes that its soft power based on its liberal, democratic values that emphasise human rights gives it a particular standing in world affairs. The coronavirus has hit Europe severely, with Italy, France and Spain reeling under it. It has forced a supranational entity like the EU to compromise its core principle of open borders and free movement of people, by sealing borders and banning air flights etc. The fragility of the EU has been exposed by this pandemic. The impression that European countries with advanced health facilities and technologies and high standards of governance are unable to deal with the crisis and fatalities have affected its global image. It is ironical that advanced European countries are now looked upon by Asian countries as carriers of infection, whose nationals have to be denied entry.

Q: Finally, what is India’s role likely to be in this new global order?

A: A new “global order” has already been in the making with ‘my country first’ and anti-globalisation sentiments gaining strength. The coronavirus has hit the health of the global economy, including India’s, whose economy was already under stress. This pandemic has unfortunately erupted when India’s growth had already stalled. With the lockdowns announced, the situation will become more difficult, even if oil prices have crashed. All will depend on how long this global crisis lasts and whether, as was the case after the 2008 financial crisis, countries can come together to re-float the global economy. This time the outlook is more somber because of open US-China recrimination. India will suffer collateral damage from the confrontation that is building up between these two countries. India’s immediate task is to control the spread of coronavirus within the country, which if it succeeds in doing will raise its stature internationally as a country that could cope with such a disaster as a democracy and not as an unaccountable authoritarian state.