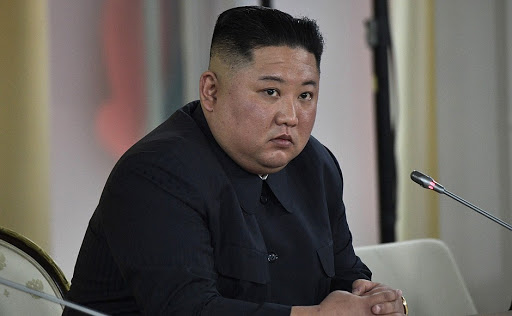 NEW DELHI: Ever heard of Kim Pyong Il? If you haven’t, maybe it’s time you did. According to North Korea watcher Francesco Sisci, Pyong Il is Kim Jong Un’s uncle by virtue of being the younger half brother of the late Kim Jong Il. And just to reinforce the point, Jong Il is Jong Un’s father. So Kim Pyong Il has “seniority” in addition to family lineage, regarded as key attributes in East Asia’s Confucian societies. So if Kim Jong Un is dead, there’s a successor in the wings who could ensure regime stability.

Now all this is speculation because Pyong Il has been in the shadows all these years. He lost out in the succession stakes a long time ago, apparently because he was less than discreet about his ambitions of succeeding his father the legendary Kim Il Sung. So he was confined to low profile diplomatic posts all over eastern and central Europe. He’s now retired and in Pyongyang.

Sisci believes Kim Jong Un’s sister Kim Yo Jong “is the main candidate (to succeed him) but she is very young and she is a woman”. Even so, don’t discount her. She’s reportedly married to the son of Choe Ryong Hae, Kim Jong Un’s officially designated number two. So with a bit of luck, she could step into her brother’s shoes.

Of course, all this hinges on whether Kim Jong Un is dead. Rumours of his death have spread since April 11, when he was last seen. The very next day, a popular Japanese weekly Shukan Gendai quoted “a certain Chinese medical person” as saying that while on a visit to a rural area in the north, Jong Un clutched his chest and collapsed. He was rushed to an “emergency hospital” nearby where a doctor took some time to insert a stent into his artery. By which time, according to this dramatic account, “Chairman Jong Un turned into a plant human”, probably meaning he was in a vegetative state. A high level Chinese medical team was dispatched but, reportedly, there was little it could do.

Typically, the North Koreans have said nothing. The South Koreans, with reportedly the best insight into the secretive North Korean regime, insist that all is well. The U.S. also believes “little rocket man” is neither dead nor in a grave condition.

Francesco Sisci insists otherwise. The online Asia Times quoted him as saying “As far as I have heard, conditions are hopeless” adding that “I have reasons to believe that the situation in Pyongyang is extremely tense”.

But could the North Koreans be faking it? For what reason? They have done it in the past. A tantalising clue to this theory was put by 38North, a website focused on the north. Satellite images detected the presence of Jong Un’s armoured train on the east coast, where he has a beach villa. He is known to prefer train travel. So if his train is there, he must be there. Then why disappear for over two weeks?

Last set of issues: What happens if Jong Un is dead? It’s not clear in the current coronavirus crisis, if the world can do anything if the succession battle in Pyongyang turns messy and regime collapse happens. The key concern in many western capitals is the safety of the north’s nuclear arsenal, which is why the U.S. and South Korea have had an “Operational Plan 5029” for joint military action since 1997.

A recent report in the Asia Times says it covers various contingencies including civil war among different factions, natural disasters or a massive flood of refugees streaming to the south. It would involve the dispatch of military and scientific teams to secure and collect the north’s nuclear weapons. Of course, whether the current South Korean government with its policy of engaging with the north will agree to the intervention is not clear. How would the Chinese react to such an intervention? Or would they move in first?