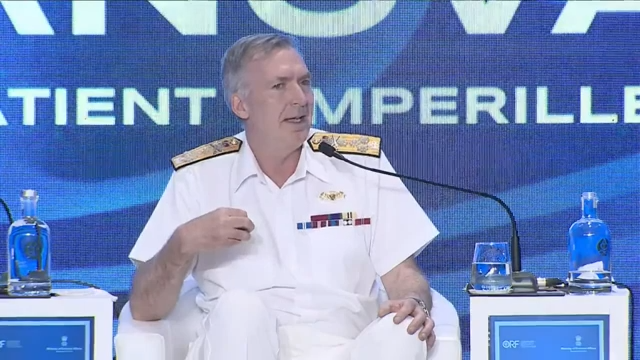 India has been getting more than its fair share of advice regarding Ukraine and it got to the extent that External Affairs Minister S Jaishankar – a normally unflappable man – lost patience. The minister who was in the rare position of taking questions from his counterparts from various countries, told the minister from Luxembourg, “When the rules-based order was under threat in Asia, what did the West advise India? They said, ‘Do more trade.’ At least we are not offering you that advice.” Jaishankar’s message however still seemed to be lost on some members of the audience. A senior member of a leading American think-tank was arguing with a former Indian ambassador that New Delhi continued to be blinded by the fact that Russia’s aggression would empower Beijing. “Why can’t India see that supporting Ukraine is morally the right thing to do? And why can’t it see that China which is closely watching events in Russia is getting more empowered by the day?” The answers sadly upset him more to the point where he said, “India will have to choose. It either has to be Russia or the West. There are no shades of grey here.”

South Africa is the other hold out on Ukraine. An academic from there spoke about the continuous pressure his country has been under and how the diplomatic discourse has been none too flattering. Pointing to a tweet by Riina Kionka, EU ambassador to South Africa, he showed this reporter how the ambassador had reacted post Capetown’s abstention on the UN resolution on Ukraine. “Still scratching our heads over here,” Kionka wrote with an emoticon for accompaniment. The Tweet soon turned into a war of words on Twitter with Clayson Monyela, spokesperson for South Africa’s Department of International Relations and Cooperation, responding with a scathing reply: “Do you wanna engage here Amb? I assume you saw the Vote Explanation?”

Anyone For UN Plus?

With UN Secretary General Antonio Guterres having all but acknowledged his failure to bring peace to Ukraine thoughts turned once again to just what the world body was bringing to the table. At a UN panel, Congressman Shashi Tharoor who was also a long serving UN official recounted an anecdote of Adam and Eve to make his point. “Adam had noted that Eve had recently become slightly indifferent to him, so he asked her. ‘Eve is there someone else?’ The same question can be put about the UN. Is there someone else?” Tharoor’s theatrics aside, one of the ideas put forth was a “UN plus” which would work along with heads of state, have major NGOs and social media heads like Elon Musk. It was argued that such actors would bring a more diverse range of opinions and possibly be able to tackle diplomatic challenges which more traditional UN bodies such as the UNGA and the UNSC were not able to do. In an era where hyper-nationalism rules and the internal politics of nations gets sharply polarised, the UN will need all the help it can get, contended some of the panel members. But bringing in Musk to help solve world issues will certainly be a geo-political challenge in itself.

Film stars and foreign affairs don’t normally go together, so it was a pleasant surprise to see Bollywood superstar Madhuri Dixit in attendance at the Raisina Dialogue. The topic not surprisingly was “soft power” and the debate was whether India could impact the world with its culture. Dixit was joined by film-maker Shekhar Kapur and author Amish Tripathi. The latter argued that India’s soft power could be matched by none and gave the example of the 1980s Ramayana TV series. “The re-release of that Ramayana TV series attracted more viewership in India than what Games of Thrones got worldwide.” Such power needs to be harnessed but to what end? Complete obsession. Kapur believes that obsession with a culture in today’s world ensured that it went viral overnight. “China had to ban Korean entertainment because Korean dramas, Korean pop stars, Korean clothes, were dominating everything. So what happened? Korea has become the buzzword overnight and not just in China.” The same could soon be true of India. Once a laggard, India’s ability to make technological masterpieces like Bahubali and the fact that the country has the world’s highest number of users on social media platforms such as Facebook and Twitter, ensure that it will not be long before India’s “soft power” will reach across the globe to serenade not just the Indian diaspora but western audiences as well. In fact, Kapur believes the soft power is so strong that Spiderman or Batman will soon take off their masks to reveal an Indian face.