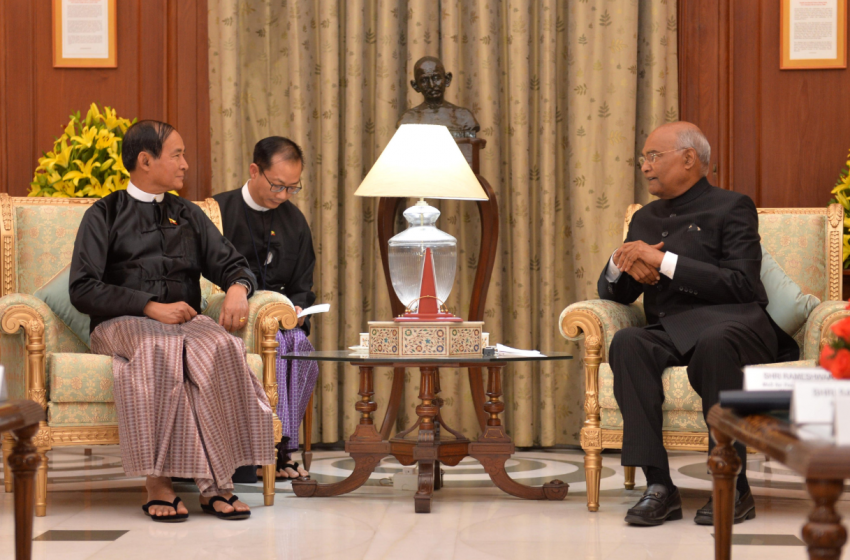 NEW DELHI: In the political pecking order, Myanmar’s President is at roughly the same level as India’s President: Their posts are largely ceremonial and they play second fiddle, to Aung San Suu Kyi in Myanmar and Narendra Modi in India. It partly explains the limited media coverage accorded to Myanmar’s President U Win Myint who was in India on a four-day state visit.

But leaving the ceremonial aside, the visit yielded a clutch of five agreements, ranging from Indian support for power distribution in Myanmar to road building, communications and building pre-schools. The projects are focused on the troubled Rakhine state, indicating the Indian government’s concern about stabilising the situation there and ensuring the return of thousands of Rohingya refugees now living in shanty camps in Bangladesh.

Around the same time, India’s High Commissioner in Bangladesh Riva Ganguly handed over 1,000 sewing machines, more than 100 tents along with other items for Rohingya refugees in Cox’s Bazaar. The local media quoted her as saying: “We are pressing upon the Myanmar Government for Myanmar and Bangladesh to bilaterally solve the issue and for the safe, secure and sustainable return of Rohingya refugees”.

It’s widely known that Dhaka is unhappy with India’s stand on the Rohingya issue and would have preferred Delhi to be more supportive. But India has to consider China, which shares more than 2000 km of frontier with Myanmar and is a major source of military and economic aid. Not to forget, China’s President Xi Jinping was in Myanmar a little over one month ago, the first ever visit by a Chinese head of state, suggesting that despite differences and suspicions, Myanmar needs Beijing to balance off its increasing international isolation as a result of its treatment of the Rohingya.

So now we come back to India rolling out the red carpet for President U Win Myint (incidentally he was here less than a year ago). India cannot match China’s deep pockets, so it does the next best thing: focuses on projects that don’t cost much but makes a difference to people’s lives. Also focusing on Rakhine state burnishes India’s credentials with Myanmar and Bangladesh and makes up for our reluctance to get involved in any mediation or facilitation (China has already tried that and failed).

So even as New Delhi provides rations and other items for Rohingya refugees in Bangladesh, the help for Myanmar assuages that country too because it goes some way in reducing the dependence on China. It explains Myanmar’s statement: “The Myanmar side thanked India for its understanding of the complexity of the issue and for all its support extended to Myanmar.”

And India said much the same: “reaffirmed support for the recent steps taken by the Government of Myanmar to address the challenges in Northern Rakhine,” adding that India “hoped Myanmar and Bangladesh would continue to work together for voluntary, sustainable and speedy repatriation of displaced people currently in the Cox’s Bazar area of Bangladesh, to Myanmar in accordance with their bilateral agreements.”