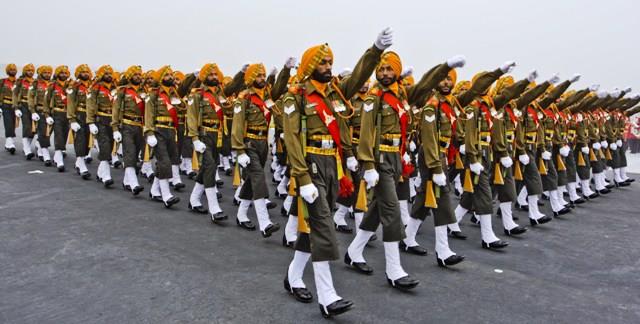 NEW DELHI: A furious debate has broken out in military and civil circles on ‘Tour of Duty (ToD)’ or ‘Three Years Short Service’ proposed by the Army headquarters for recruiting a limited number of officers and jawans.

The proposal envisages a shift from the concept of a permanent service/job in the armed forces towards an ‘internship’/temporary experience for three years. This is seen as a radical shift from the long held organisational view that the period of short service be increased from the current 5+5 model to 10+4 years so as to ensure retention of trained manpower for a longer duration.

The argument against this concept would be whether the training costs incurred would be commensurate with the subsequent limited employment of this manpower for only three years. However, according to calculations by the Army headquarters, less will be spent on an officer under the new scheme. The costs of pre-commission training (44 weeks) is approximately Rs 12 lakh while the cumulative cost including basic training, pay/allowances, gratuity, proposed severance package, leave encashment and average cost of training (while undergoing other courses during the three years of the proposed ToD) comes to Rs 80 lakh to Rs 85 lakh per officer, as compared to nearly Rs 5.12 crore and Rs 6.83 crore incurred on an officer if released after 10 and 14 years respectively.

Since approximately 50 per cent to 60 per cent of Short Service Commission Officers are granted permanent commission, the Army incurs an additional cost of Rs 3 crore as pay/allowances till the officer reaches 54 years of age, and Rs 9 crore as pension up to 75 years. Similarly, the comparison of cost incurred by the government for a sepoy with 17 years term of engagement as compared with a sepoy with 3 years ToD shows that against a lifetime expenditure of Rs 11.49 crore, the government will have to spend only Rs 4.89 lakh over a three-year period with no additional liabilities.

The Army’s internal paper argues that while unemployment is a reality, there is a resurgence of nationalism/patriotism among the youth, including the elite. The ToD proposal thus taps into the desire of many young men and women to experience military life for a short duration. It has another benefit: since the service is limited to three years, there will be no frustration over aspirations not being met as is experienced by SSC officers when they fail to make the grade for permanent commission.

Thus, there will be no requirement for ‘attractive severance packages’, resettlement courses or granting ex-servicemen/women status or providing ECHS facilities for these ‘ToD’ officers and jawans. This is in addition to huge financial savings.

The crux of the proposal, however, lies in making the ToD concept attractive and beneficial to both the Army and the individuals who join. Initial survey and feedback from corporates and social leaders has led the Army to conclude that a man or a woman who has undergone the Tour of Duty will turn out to be a huge asset for the nation and the organisation, given that he or she will be trained, disciplined, confident, diligent and committed.

Initial survey, the Army says, indicates that most corporates would favour an individual who has been trained by the military and comes to them at 26/27 years of age (after a 3-year ToD) rather than raw college graduates at 22/23 years of age. Many corporates have indicated that these ToD officers would also be preferable to the present SSC workforce joining the corporates at 33/34 (after 10 years short service). This young, trained, disciplined workforce (post ToD) is also likely to increase productivity and accountability in different government sectors, if inducted later. The ToD concept will become attractive if seen by the youth as a means to boost their subsequent career in the govt/ corporate world.

Those in favour of ToD point out that most academic institutions offer MBA mandate at least a two or three years’ experience as criteria for admission. Thus, officers exiting after ToD would have an edge over other candidates due to their training and exposure in the armed forces. At a time when youngsters are prone to changing jobs every two-three years, a ToD tenure will become attractive for those who have a sense of adventure as well a desire to serve the country. Moreover, ToD officers would get almost double the take-home salary in the armed forces (for those three years), than they would have got in the corporate world as fresh graduates before proceeding for their post-graduation or MBA.

The Army is also in talks with the government to explore the possibility of offering an edge in terms of qualitative/quantitative/supernumerary criteria for selection in other government jobs. In the 1960s, many of those who joined the armed forces under the emergency commission scheme later took up other more successful second careers. Diplomats like G. Parathasarthy, Ramaiah Rajagopalan, IAS officers like NN Vohra and Shekhar Dutt readily come to mind.

At present, the best candidates are absorbed by the civil world and only the remainder tries their option with SSCO entry. With the three years concept of ToD, the armed forces could attract talent from some of the best colleges including IITs since graduates from these elite colleges may want to contribute to nation building and add to their lifetime experience.

One argument against the ToD concept is the question on combat skills/experience and preparedness of these recruits in a hot war. The Army points to the demonstrated performance of young officers and other ranks during intense counter-insurgency and counter-terrorism operations. Majority of officers killed in action in Kargil had less than three years of service. If the ToD officers/soldiers undergo the same training as regular recruits, their commitment, dedication and performance should not be in any doubt, the army points out.

There is precedence for this model in Israel. Their experience shows that three years is adequate time for the organisation to reap the benefits of training. The ToD concept, however, is based on voluntary military service as compared to conscription in the IDF.

The idea has apparently found resonance at the highest levels in the government with the Prime Minister’s Office seeking a detailed plan before it can be cleared and implemented, according to those involved. How soon the ToD becomes a reality, however, will depend upon how quickly the government is convinced about its efficacy.