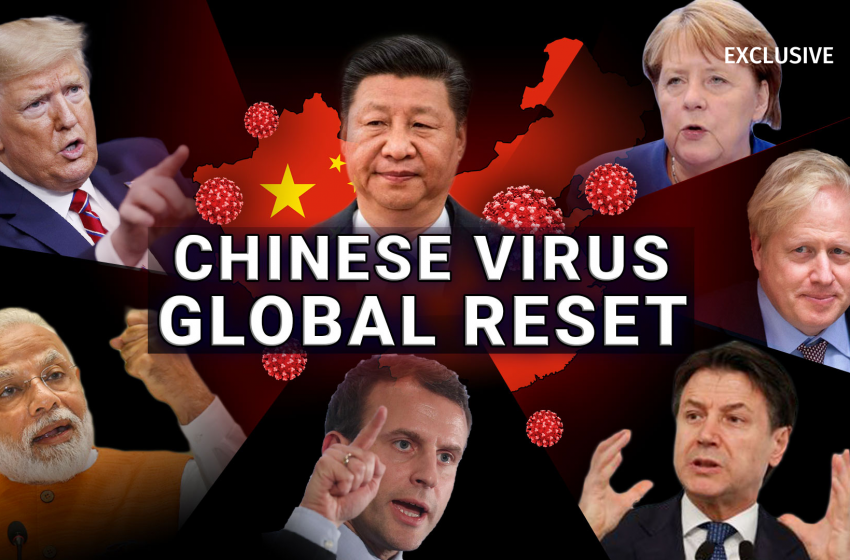 NEW DELHI: As part of our ‘Chinese Virus, Global Reset’ series, StratNews Global reached out to former diplomats and strategic analysts with questions on what the world order will look like post Covid-19. Harsh Pant, Director, Studies and Head of the Strategic Studies Programme at the Observer Research Foundation, tells Opinion Editor Ashwin Ahmad that while the West is likely to decline post the pandemic it is by no means certain that a Chinese-led world order is on the cards. On India’s role, Pant believes that India can navigate between the two extremes of China and the US to be an important voice on the global stage

Q:What do you think the global order will be like after the coronavirus pandemic?
A: We are in unchartered territory. We don’t know how long the pandemic will last and we don’t yet know what exactly the consequences will be on the ground both economically and socially. But clearly, what we are witnessing today is the rise of great power politics especially between the US and China where the contestation has become even more accentuated. I do believe that if present trends continue this could become a metaphor for the decline of the West given their shambolic response to the crisis.

Q: Will the US’s supremacy be threatened? Do you believe that we will see the beginning of a China-led world order?
A: The centre of global politics is shifting to the East. I would not just say China here. Look at South Korea, Japan and even India in the way that they have responded to the crisis in contrast to the developed countries. The pandemic is once again a metaphor for the way the balance of power which was already swinging towards Asia, has been further accentuated.
Coming to the US-China question, events are unfolding so fast that it could go either way. It could come down to the fact that China is seen as the country of last resort during this crisis and so it could rise as a global power. The way it has manipulated international organisations such as the WHO to a certain extent and the way it is portraying itself, China’s narrative is certainly the driving narrative at the moment. So, despite the fact that it was the originator of the crisis and despite the lack of transparency still surrounding the way it is tackling the pandemic, if a large section of the world buys into this Chinese narrative, China will rise.
But that’s just one side of the coin. Let’s think about what happens when the dust settles down as to what the US, India, South Korea and Japan are going to do and how are they going to respond. Are they going to respond by shortening their supply chains? Are they and will they be able to reduce their economic dependence on China? These questions will become essential in the way the world order is going to evolve. There is a lot of uncertainty. Clearly, in the immediate and short-term China looks to be the winner but the longer-term implications still need to be worked out.

Q: How do you see the EU’s standing on the world stage post the Coronavirus?
A: One thing that this crisis has revealed about the European Union is that it has no leg to stand on. If you have key actors in the EU, for instance countries like Italy saying that the Chinese that have responded better than its fellow EU member countries; if you have other countries like Serbia saying that we don’t care about the EU, clearly something fundamental is shifting in the way that people perceive the European Union. In theory, it is fine to say the European Union stands for European solidarity, but I don’t think that in operational terms it get reflected. The pandemic in one sense is a ‘soft crisis’ by which I mean it is not a military crisis. So if in a ‘soft crisis’ the EU is not able to respond what will it do if there is a bigger military threat in the future?
Clearly, there has to be a reckoning about the future of the EU which has already was happening, but it has got accentuated now due to the pandemic. I don’t think the EU will collapse because it is an institution and institutions rarely die in global politics but the sentimental attachment that was the bedrock of European unity is now dying out.

Q: How do you see the UK’s standing on the world stage post the Coronavirus?
A: That’s a very interesting question. I actually think the UK if it is able to manage the crisis successfully it might even come out looking better. By better I mean better than the EU. The question that Italians will now ask is ‘What did we gain by being a member of the EU?’ and Britishers will feel that in the crisis, it was and is making its own decisions and determining its own fate rather than being dependent on Brussels. So ironically, the UK narrative may be seen as better especially by other EU member nations.
Diplomatically, of course, we all know individual EU member nations cannot determine global politics the way a united Europe can. But already you see countries within it determining their own fate. Macron for instance has been very aggressive in pursuing a French agenda rather than a European agenda. So overall, the UK will come out looking better than the EU but that will mean little as both the UK, Europe and the West overall will come our weakened post this crisis, as compared to the East.

Q: What is India’s role likely to be in this new global order? Do you see it having a more prominent and assertive role on the world stage?
A: India has been seen as a voice of calm in contrast to other nations through this crisis. In the West for instance there has been a sense of panic. I recall (German Chancellor) Angela Merkel’s comment that 80 per cent of Germany will be affected and we need to brace ourselves. The other point I want to make here is India’s response, in contrast to other countries, has been proactive. Yes, you do need to isolate yourself, but you also need to have a dialogue at the regional and global level. The push that Prime Minister Modi gave to Saarc and G-20 was useful in that context because no one else was talking about it.
Coming to the question of a larger role, we have to understand where we are and how we are positioned in the world. The world will be positioned by China’s rise on the one hand and relative American decline on the other. If you are situated between these two, you have to position yourself very, very differently. India can possibly bring out the best from these two sides. We are not an authoritarian opaque country like China and we have the fluidity that western liberal democracies which allows India to talk with a range of countries that others are not able to. So, we can talk to the Americans, Chinese and Russians and Europeans. India can project a different set of identity and values in the world which can allow it become a more vocal, responsible stakeholder in the global order.