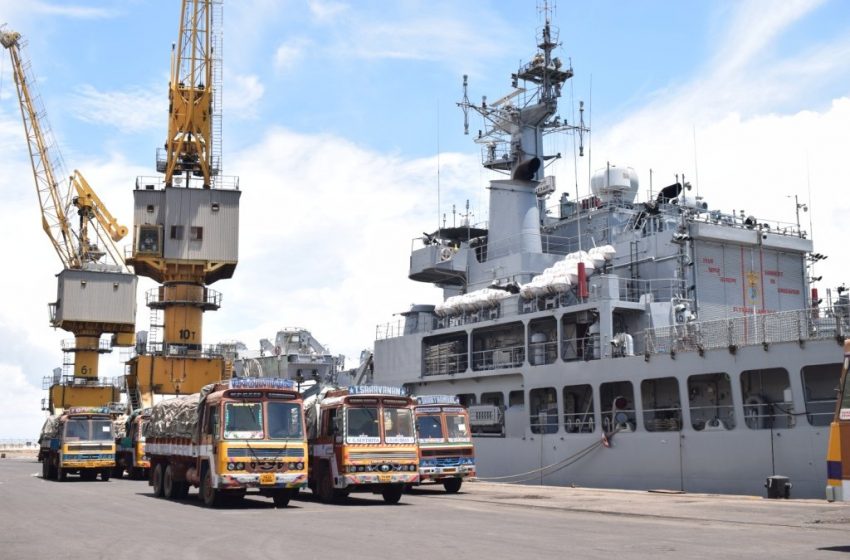 Mission Sagar: INS Kesari is making visits to the Maldives, Madagascar, Mauritius, Seychelles and Comoros carrying food and medical assistance as part of India’s role as first responder in the region.

NEW DELHI: Not many people may know this: By May 14th, India had supplied nearly 3 million hydroxylchloroquine (HCQ) tablets (2.94 mn to be exact) to a staggering 24 countries! There’s more on the way, to 43 other countries. And India would have supplied 100 million of these tablets when the exercise is over. Of course none of this comes cheap: the total cost of medicines and freight is around 120 crore.

However, given India’s own requirements, the Ministry of External Affairs consulted the health and other relevant ministries before deciding to limit the supply of these tablets to 67 countries. These are donations under the ambit of Humanitarian Assistance and Disaster Relief (HADR).

Other countries will have to pay. In all, India is supplying medicines to 133 countries on a commercial or grant basis. It has meant making available 446 million HCQ tablets and 1.54 billion paracetamol tablets worldover. Some would say the donations are a small price to pay for what are possibly crucial strategic gains (although these may not be realised immediately). Foreign Secretary Harsh Shringla’s remarks at the National Defence College the other day bear this out: “India, in the midst of the pandemic, went out of its way to be a net provider of health security. We decided, in these very difficult circumstances, to be a responsible member of the international community and take a far-sighted view that will stand us in good stead in the post-pandemic world.”

In other words, the jockeying for position amid the worldwide backlash against China’s sins of omission and commission is underway, and India sees benefit from the niche it has been able to carve for itself as the “pharmacy of the world” (even if right now it is in the context of paracetamol and HCQ).

China has not been a laggard either, ostentatiously signalling India by sending medical supplies to Sri Lanka, Maldives and Nepal. But it may have lost the moral high ground after many countries found its masks and other equipment of poor quality and therefore unusable. 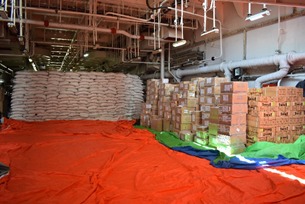 In India’s case there were no such embarrassments. The first tranche of medical assistance went to the Maldives, it was an obvious effort to offset the inroads China made during the tenure of former president Yameen Abdul Gayoom.

Seychelles and Mauritius, that straddle major Indian Ocean sea lanes, were next on the list. Seeking to enhance its image as the net security provider in the IOR, India dispatched the INS Kesari to deliver food aid to the Maldives and medicines to Mauritius, Madagascar, Comoros and Seychelles.

As an Indian diplomat noted: “We wanted to be seen as the first responders in the neighbourhood and to live up to its expectations especially as our pharmaceuticals are one of our biggest exports. So we needed to step in and meet the demand for HCQ and PCM.”

Medical supplies have been sent to Tajikistan and Kazakhstan, also to the Ukraine and Armenia. Six African countries have received medical supplies with deliveries to 12 others on the way.