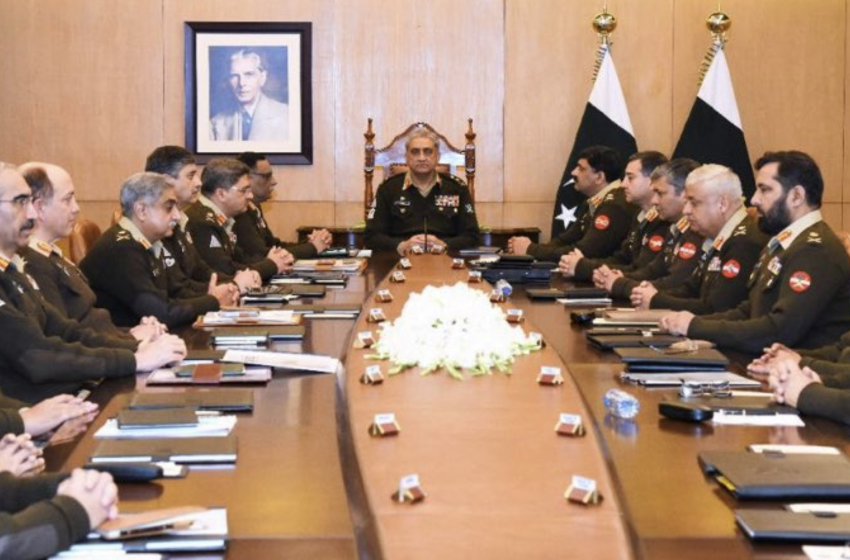 NEW DELHI: The Chinese Coronavirus pandemic is not only a test of a nation’s resolve, but in some cases, also exposes the true face of its society, military and institutions. While, in India, its armed forces are taking a lead in the fight against the invisible enemy, the Pakistani Army is busy shifting COVID-19 affected citizens to Pakistan Occupied Kashmir (PoK), Gilgit-Baltistan and Balochistan, the most marginalised areas under Pakistani occupation. This move has laid bare the indifference of the Pakistani military towards its “occupied territories”.

As the pandemic spreads and COVID-19 confirmed cases crossed the 1000 mark, the Pakistani Army and the Imran Khan government came head to head, reported the New York Times on March 26, 2020. The report said that, “the extremist clerics who often heckle or march against the civilian government, with the tacit approval of the military, are refusing to help. They largely ignored Mr Khan’s call to limit Friday prayer gatherings”. Clerics across Pakistan had called on citizens to attend Friday’s congregational prayers, in spite of the ongoing pandemic.

Prime Minister Imran Khan’s weak position vis-à-vis religious extremism is a reflection of Pakistan’s decades-old-policy of giving primacy to the role of religion in managing state affairs and has also led to the botched response in tackling the coronavirus outbreak. In early March, a religious gathering near Lahore of the Tablighi Jamat, one of the world’s largest proselytizing groups, went on for days and attracted people from more than 90 countries. It was identified as the link to the spread of the virus.

As reported in the Pakistani press, more than 250,000 people were congregated in camps, sleeping and eating in close quarters, infecting indeterminate numbers of people.  At least 12 local cases were detected. Add to that, two Kyrgyz citizens and two Palestinians who were at the gathering, flew home and spread the virus there.

It was probably under these circumstances that the Pakistani Army started shifting all coronavirus infected people to Mirpur in PoK, a move that caused strong protests from the locals.

PoK residents led by political activist Dr Amjad Ayub Mirza, have alleged that special quarantine centres have been set up in Mirpur and other major cities in the occupied regions.  The inmates comprise residents of Punjab and other provinces as the army’s top brass has ordered that no coronavirus positive case should be anywhere near army facilities and army family housing.  Incidentally, until recently, PoK had only one case of the Chinese coronavirus, which is now estimated to be in the hundreds.  The Pakistan Army’s heavy-handedness has prompted PoK citizens to appeal to the Indian government for medical assistance.

Baloch leaders have also accused the Pakistan Army of ignoring Balochistan amid the COVID-19 crisis. Allah Nizar Baloch, leader of the Balochistan Liberation Front (BLF), said there are hundreds of pilgrims recently returned from Iran, who are confined in a coronavirus quarantine centre at the Baloch town of Taftan, near the Iranian border.  It is run by the Pakistan Army but medical care is lacking and facilities are poor, which has aided the spread of the virus.

“We believe that the Pakistan Army is using the coronavirus pandemic to extend its occupation over Balochistan while proceeding with its barbarities and genocide on the Baloch people,” the Baloch leader was quoted as saying by Sangar Publication, a mouthpiece of the movement.

The Pakistan government’s indifference to the virus was obvious during the televised emergency meeting of SAARC leaders in March.  While seven member countries were represented by their respective heads of states, Pakistan Prime Minister Imran Khan deputed his Special Assistant on Health Dr Zafar Mirza. The reason was obvious, Mirza focused on J&K, forcing the Indian government to dismiss his remarks as “churlish”, and deprecated his attempt to politicise a humanitarian issue when the focus was to chalk out a joint strategy to fight the coronavirus pandemic.

The Pakistani government is yet to contribute towards the SAARC COVID-19 Emergency Fund, which has already received commitments worth $18.8 million to tackle the pandemic. While even a country such as Afghanistan, with its limited resources and budgetary constraints, has pledged $1 million, an indifferent Pakistan sought “clarity about the fund’s utilisation”.

According to scholar and commentator Ayesha Siddiqa, the pandemic has given the Pakistan Army the perfect window to enter into a civilian role by invoking Article 245 of the 1973 Constitution.  This is about the military’s assistance to civil power, which then boosts its legitimacy in the public eye and diminishes the role of the elected civilian authority.

“It is almost a reminder of and a variation on the 1958 martial law. Then the military came, on the asking of a civil-bureaucrat-turned-politician and stayed on for longer,” stated Siddiqa adding that “this legal blanket to get involved in governance, even more than before will only enhance control of the state by the armed forces without fear of repercussions for the Army.”

So, while the Chinese coronavirus pandemic will fade over time, there’s little likelihood of the Pakistan military loosening its grip on the levers of power in the country.