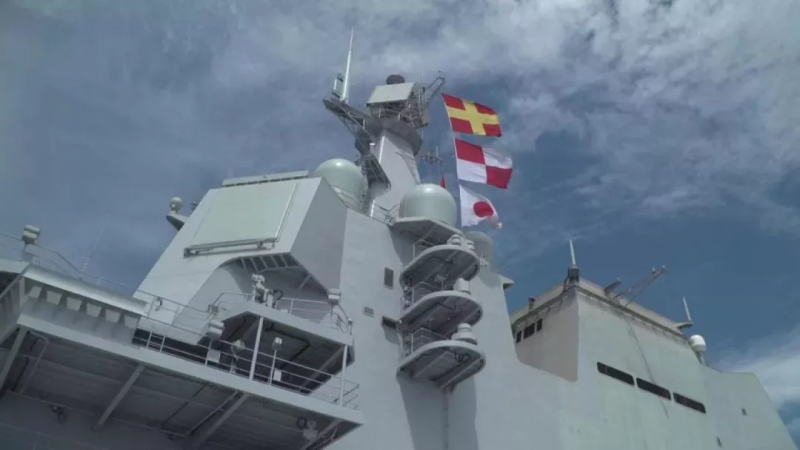 NEW DELHI: In about five years from now or even sooner, the Indian Ocean could see the entry of a Chinese naval battle group led by an aircraft carrier (total six to eight ships including a submarine), in an impressive flag showing exercise.

Various assessments suggest the battle group could transit the Malacca Straits, make ports visits in the Andaman Sea (Myanmar), Bay of Bengal (Chittagong, Bangladesh), and Hambantota in Sri Lanka before proceeding towards Gwadar or Karachi in Pakistan, Iran and thence onwards perhaps to east Africa.

The visit will underscore the key point that China sees the northern Indian Ocean as a “strategic arc”, a thinking rooted in the growing economic stakes that Beijing has developed with billions of dollars invested in Africa, close energy ties to the Persian Gulf states including a strategic partnership with Iran not to mention ‘Iron Brother’ Pakistan.

Naval and maritime scholars say that such deployments are also about training personnel to operate in diverse environments and getting the measure of the seas where the adversary or potential adversary will operate from in the event of a conflict.

There is however no doubt that the entry of the first Chinese aircraft carrier would have a novelty element to it, but scholars say it should be seen in the context of the exponential growth of the People’s Liberation Army Navy (PLAN). That of course presents challenges and not only to India. But there’s another point here: aircraft carriers don’t seem to inspire that kind of awe any more.

“I’m not so sure that mere deployments of carriers on flag-showing tours are of great significance for other nations and there are reasons for this,” Rear Admiral Sudarshan Shrikhande (Retd), former chief of naval intelligence, told StratNews Global. “Mere presence or flag showing is significantly different from readiness to be involved in a shooting war, especially when India could pose a threat to the PLAN if necessary.”

Carrier deployments off an adversary’s coast or sea areas of interest are not new. The US Navy has done this for decades. In case of operations in conflict where the target countries or country has few or no means of throwing something back at a Carrier Battle Group, aircraft carriers can operate with near impunity as can airpower belonging to an air force operating from nearby bases.

The issues the US Navy has been discussing for years now is how to operate carriers in a possible conflict with China in the Chinese littoral. In peace, they have carried out “freedom of navigation operations”, to which China routinely protests and matters die down.

Shrikhande argues that “Historically, India too understands the limitations of carrier presence even in a conflict zone.”

This was evident in December 1971 when the USS Enterprise battle group entered the Indian Ocean and departed without shaking India’s determination to bring the Bangladesh war to a successful conclusion. India, after carefully evaluating the situation, decided that it would be more effective to operate its lone aircraft carrier the Vikrant, against the East Pakistan coast in support of operations there, rather than elsewhere, and rightly so. Similar considerations and the absence of clear political objectives in getting into a shooting fight with India while the Vietnam war was on, seem to have played on U.S. minds.

A serving naval officer pointed out that Chinese naval vessels have been regularly sighted in the Indian Ocean since 2008, when they began anti-piracy operations off Somalia. Although the waters in that area have been largely cleansed of pirates, the Chinese vessels remain because some capacity to sustain them has been built up in at least two locations: Djibouti where China has a military facility and to a lesser extent in Gwadar in Pakistan (because infrastructure is less developed and the hinterland is largely desert with hostile armed groups attacking China-funded projects or Chinese workers).

Of course when a carrier is at sea, it is accompanied by tankers and other logistics ships and there is also support from ports of friendly nations. So in that sense, sailing into the Indian Ocean presents no great logistical or operational hurdles, more so during peacetime.

There’s the other point that some other scholars make, that the Indian Ocean is still a “secondary strategic direction” for China, meaning India is not seen as presenting a maritime threat. In fact, there has been no indication of any aggressive move against India in the maritime realm as yet, although instances of Chinese vessels fishing illegally in Indian waters or carrying out hydrographic surveys have been noted.

However, Shrikhande cautions against this thinking. “Chinese seapower is perhaps multidimensional to a greater extent than anyone else’s and this includes shore-based missiles, aircraft besides the cyber and space dimensions. Deploying its surface forces or even the Carrier Battle Group to the IOR is not the only option they may have in the near future to exert influence in the maritime domain in times of conflict. In a toss-up between the Chinese littoral needs and the IOR, they may prioritise the former but depending on the threat and needs.”

China is a big user of the IOR: its energy supplies flow through these waters as do the vast array of manufactured goods churned out by its factories.

Shrikhande says the Indian Navy should do the following in the event of a PLAN carrier battle group entering the Indian Ocean: “In peace, quietly track and observe them; if in conflict, use multiple dimensions to target their carriers.”