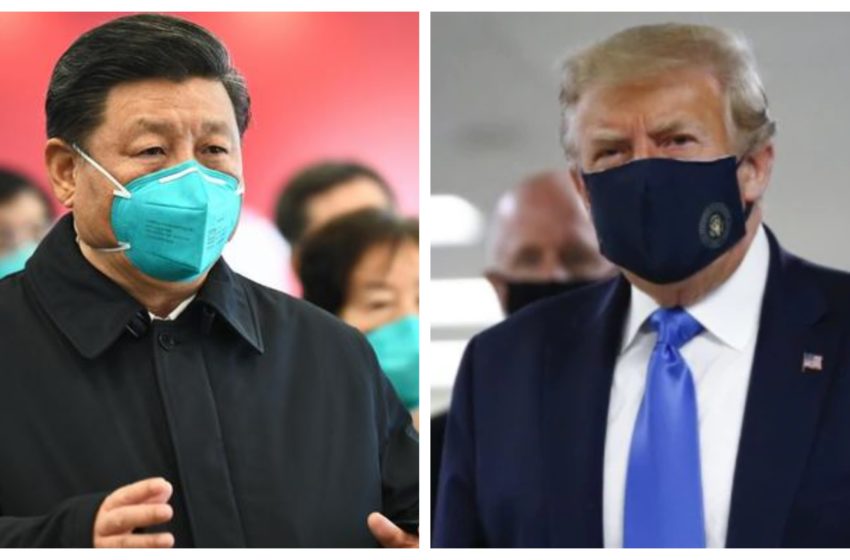 NEW DELHI: “Beijing’s claims to offshore resources across most of the South China Sea are completely unlawful, as is its campaign of bullying to control them.”

With that shot across Beijing’s bows (actually a press statement from Secretary of State Mike Pompeo), the U.S. appeared to signal a toughening of its stand on China’s hitherto unchecked and unchallenged claims to the South China Sea.

But Srikanth Kondapalli, China studies professor at Delhi’s Jawaharlal Nehru University, says a close reading of the statement suggests the U.S. is confining its challenge solely to the legal domain. The statement says:

“… we seek to preserve peace and stability, uphold freedom of the seas in a manner consistent with international law … we share these deep and abiding interests with our many allies and partners who have long endorsed a rules-based international order.”

The legal point is re-stated throughout: “… the PRC has no legal grounds to unilaterally impose its will on the region. Beijing has offered no coherent legal basis for its ‘Nine Dashed Line’ claim in the South China Sea since formally announcing it in 2009.”

Lyle Morris, China specialist and scholar at the Rand Corporation, echoes similar views in a twitter thread. The thread notes that the U.S. is simply backing the 2016 ruling of the tribunal, which rejected the Nine-Dashed Line and also rejected any maritime claims or EEZ claims from features such as Scarborough Shoal or even those in the Spratly islands. Flowing from this, the Philippines has rights to all living and non-living resources in its EEZ. Mischief Reef and Second Thomas Shoal are in the Philippines EEZ.

Vietnam, Indonesia, Malaysia and Brunei also have claims in the South China Sea that Beijing cannot interfere with nor claim. Lyle makes an interesting point in his thread, that the U.S. is not “non-recognising” the territorial sovereignty claims of any country in the Spratly, Pratas or Paracel islands. This includes China’s claims.

A question arises here: why is the U.S. saying all this, four years after the tribunal’s ruling. That is not clear. But Kondapalli notes that the U.S. has pushed the envelope in the South China Sea far more under Donald Trump than under his predecessor Barack Obama. U.S. navy ships under the principles of freedom of navigation operations (FoNOPs), have sailed closer to China’s EEZ than at any time in recent memory. Ironically, it was Obama who launched FoNOPs in a bid to counter China’s excessive territorial claims in the South China and East China Seas. Reports show six such operations were carried out from August 2013 to October 2016 including one flight by a US Navy Poseidon maritime patrol aircraft over Fiery Cross Reef, which is Philippine territory claimed by China (the flip side is the U.S. has carried out more FoNOPs in South American waters than in the South China Sea).

The deployment of two aircraft carriers in the South China Sea is again a major development, combined with support for the Philippines that was underscored in Pompeo’s statement. The Philippines remains a U.S. ally notwithstanding ups and downs in the bilateral relationship under President Rodrigo Duterte. The U.S. may not have the same level of concern about some of the other states mentioned in the statement: Vietnam and Indonesia, for instance, do not allow foreign military bases on their soil nor do they form part of a security alliance with any big power.

Last point: where does India figure in all this? India supports the principle of freedom of navigation and overflights in the South China Sea, also unimpeded commerce. The last stems from the fact that roughly half of India’s $400 billion+ foreign trade passes through those contested seas. That is seen to influence India’s generally hands off policy to the region, more so when it has no territorial claims there and does not want to meddle in matters that don’t concern it.

Abhijit Singh, a former naval officer and scholar on maritime affairs at the ORF think tank, makes a vital point: “Indian policymakers know Beijing operates from a position of strength, where it has physical control over critical islands in the South China Sea. Possession of these features gives Beijing the ability to exert strategic authority over the disputed territory, regardless of the rights and interests of other regional states.”

There was also the hope that by respecting China’s interests in the South China Sea, Beijing would show the same respect in the Indian Ocean. But that was only hope. It’s clear that China respects only strength and the hardball Delhi displayed in Ladakh may have convinced Beijing to back off there, for now. But that may not apply either in Arunachal Pradesh or the Indian Ocean. So for India the South China Sea is hands off, for China it’s hands on as the U.S. pushes forward carefully testing Beijing’s resolve.