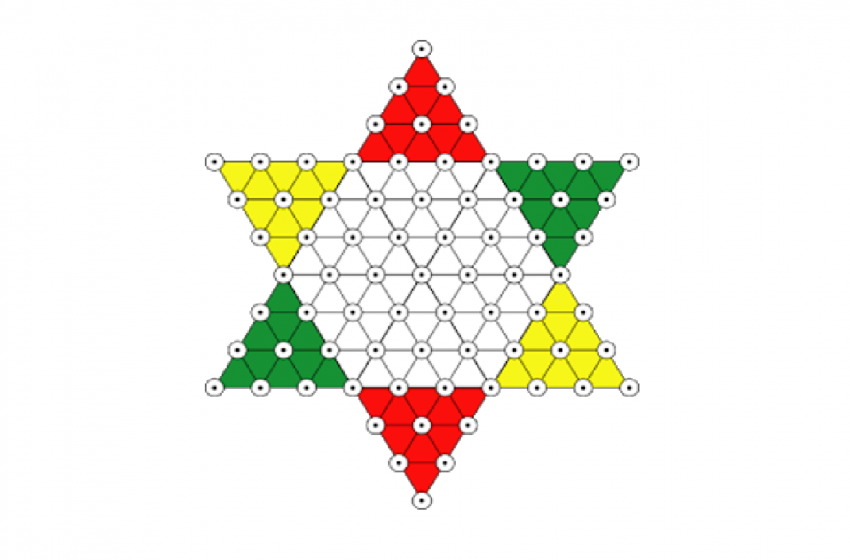 CHENNAI: The world is clear that the coronavirus originated in China. Whether it originated in a laboratory or a wet market of Wuhan is a matter of debate. However, one thing is certain. Once human to human transmission was confirmed, international travel was allowed by the Chinese while domestic travel was banned. Deliberately? The world has wised up to the fact that China has probably exploited the situation. Reactions from USA, West Germany, France, Australia, EU, Sweden, Japan and other countries say it all.

Initially, China tried to suppress its shortcomings on handling the breakout in a maze of falsification, deceit and lies. We still do not have details of deaths or tests carried out in China. It graduated to aggressive ‘Mask Diplomacy’ to position itself as the saviour of the globe. That came unstuck with reports of substandard and faulty PPE, testing kits, healthcare equipment and masks. Even India has had issues with faulty Rapid Antibody Testing Kits. China projected itself as having handled the problem better than everyone else, forcing the French President Macron to term it ‘naïve’. China then resorted to naked inducements, threats and derision to belittle or coerce other countries into toeing its line. Militarily, China is hyperactive in the South China Sea to extend and cement its illegal grab actions. Reports abound that production in China is back online. The economy is reportedly purring again for the world to witness a China-led recovery. Rumours about China decoupling from the dollar went viral. Chinese are aggressively roving markets to acquire stakes in stressed assets all over. Overall their reaction has been overly aggressive. What does this aggression portend? Crowning of a king? Or the start of a downfall?

The process of decoupling supply chain and manufacturing from China was teed off by Japan. It was followed suit by USA and EU with their plans. This exodus is irreversible. Slowly but steadily, supply chains will get relocated to outside China. Hedging is fundamental management logic. Global value chain realignment will lead to job losses and business collapses. In the long-term, China could be marginalized. This assessment is as per Chinese researchers and analysts.

The pandemic has started a self-sufficiency chorus. This is not decoupling or relocating. Any product(s) considered critical will hereafter be produced within countries irrespective of costs and will be protected by them. WTO or not, globalisation or not. It is a matter of strategic independence for every nation. In any case in an era of looming recession, some cost related inflation and job creation will help. Our PM has already enunciated it. We have even started looking at revival of inactive API facilities so that we are self-sufficient in this sector. Similar moves will commence in all countries as per their critical areas. It will detract from China. It will also shave off numbers to make Chinese goods less competitive.

In April 2019, the BRI was described as a ‘Loose Belt and a Bumpy Road’. It is proving to be beyond that. Pakistan is seeking debt write-offs/ delayed debt repayments/ conversion to equity on BRI/CPEC projects. Others are also seeking such arrangements. Overall most of these projects which are in high risk countries are in standstill mode. With host countries still in grip of the pandemic, a conservative estimate will be about a year for revival with at least 25-30 per cent cost and time overruns. The viability of many of these projects in high-risk countries was hugely suspect, to start with. Today it is even worse. Further, on ground, African nations and people will push back due to the racism factor that has emerged. When you go into details, I am reminded of the Enron project in Dabhol, Maharashtra. It was to change India’s fortunes. It sank without a trace. The similarities between the Enron project and BRI projects are eerie. The BRI was also the route of travel for the virus to places which could have been altogether avoided. This is a people’s issue which will be remembered for long. Finally the sheer weight will make this project collapse like many other ‘Grand Corridors’ of the world. Debt trap diplomacy might trap China itself. 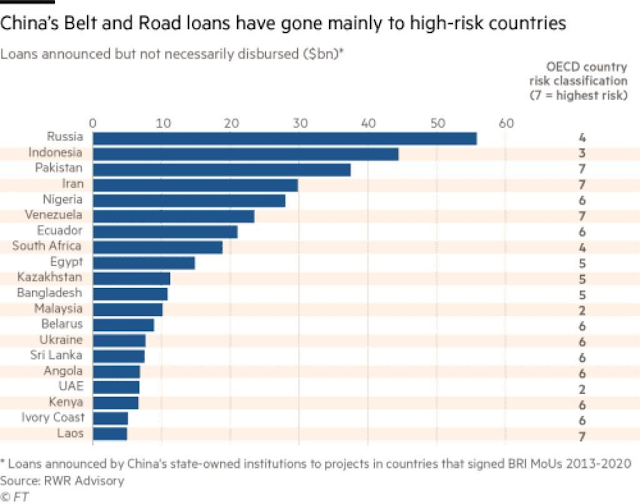 The Made in China 2025 plan was conceived to convert China from being a low-end manufacturer to becoming a high-end producer of goods. That would reboot a cooling economy. Ten core areas were targeted. The idea was to go from ‘Made in China’ to ‘Create in China’. However, all this involved coercion and arm twisting for forced technology transfer and IPR theft. This was one of the issues in the trade war. As it stood, the timelines of realising the plan were delayed even before the virus came into play. The virus now impinges on this plan heavily. Intellectual input will dry up in all probability. The original plan envisaged export of these hi-tech goods to EU, USA and wealthy countries. That will now have to be taken off the table during the oncoming recession. 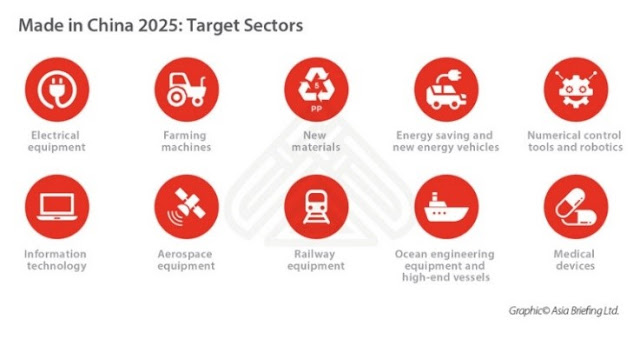 If you think that China is brimming with jobs, you are mistaken. Even before the pandemic, China had started losing jobs. The trade war made them lose two million jobs. China’s unemployment situation has worsened after the pandemic started. Consumer demand at home and abroad has fallen. Five million job losses are reported in China. In turn a new debt bubble has emerged and is on the verge of bursting—that of deficit retail spending. Small businesses are hurting. Things are not hunky dory. Job losses can lead to unrest. That is very tricky for authoritarian systems.

All militaries are money suckers. The Chinese military is just a bigger one. Why? It is under transformation. Any modernisation, refit or transformation is a costly process. Will China continue to economically fuel its military expansion? If not, there will be repercussions. There is no way it will become a superpower. Unless Chinese military has a larger footprint, the global ambitions of China must be limited. If yes, the question is, can it afford the expenditure without other collaterals?

Hong Kong and democracy protests have revived. Pepper guns were used to disperse a group in a mall. That is not great news for China. These issues can spread and be destabilizing.

China, unlike USA, Australia or Europe is not endowed with natural resources. Water is not enough. Extraordinarily little fossil fuels. It must depend on food imports from USA and Africa. This will be a limiting factor as events go by. Its major coal deposits are locked in the Tarim Basin in Xinjiang. The major rationale for the CPEC is to unlock the coal from this area and get it to the Gulf. The major projects in BRI are thermal power plants to be fed eventually from the Tarim Basin. Delayed monetization of this locked up resource will hurt China badly.

The fact that China was sitting on a huge debt bubble was well known. The debt to GDP ratio is estimated to be between 574-800 per cent as per a report. I am not an economist. I am not sure what these figures mean. However, I know that if your economy contracts or stagnates the bubble of circular debt could burst. That is what happened during the subprime crisis, right? Having said that, in the current situation all countries will run up a debt bubble. The question is that will China revive enough to fill or deflate the bubble, or will it burst?

The pandemic continues to rage. The real picture will emerge when others start flattening their curves and restart their recovery. Wait for a couple of months for a clearer picture to emerge. The effect of many issues outlined above will start manifesting slowly. Remember, this virus is a slow burner. It explodes one day. Similarly, it might have already lit a slow burning fuse in China. The longer the pandemic rages, the harder will it be for China. In fact, the earlier a vaccine is found the better it is for China. They know it and that is why there are hurtling at breakneck speed to come up with a vaccine. The vaccine is not for the virus alone. It is for their economy also.

Sometime back there was an internal view in China that it was in a “historic period of strategic opportunity”. That has changed. It is now reported that Xi Jinping said words to the effect that China must make ideological and work preparations to respond to changes in the outside world and get ready for unprecedented external adversity and challenges that could last for a long time to come in the long run. Self-prophetic or realistic?

Consider these and then draw your own conclusions. Much of China’s export-oriented economy relies on the rest and the world, not the other way around. When you meet an untrustworthy shopkeeper selling substandard items, compounding it with coercion and threats, you change shops, don’t you? Chinese ‘Wolf Warrior’ diplomats have added fuel to fire by spewing derision, coercion and threats. They are creating the images of their country being an international villain, except in Pakistan!

The first wave of the pandemic is not over and people are talking about the second wave. By the time the second wave arrives, nations will be self-sufficient and rely less on China. There is talk of the Quad being an economic grouping. USA, Japan, India and Australia represent a hefty over-match. Longer the pandemic, greater the ‘isolation’ and farther away the ‘globalisation’ which China seeks.

We are talking of an authoritarian country under heavy information control. We do not know what is happening underneath. All these events happening individually is bad news. Collectively, it is even worse. In resonance it could be disastrous. The virus is forcing resonance. Slowly and steadily. Soon China will reach an inflection point when its Chernobyl will go critical.