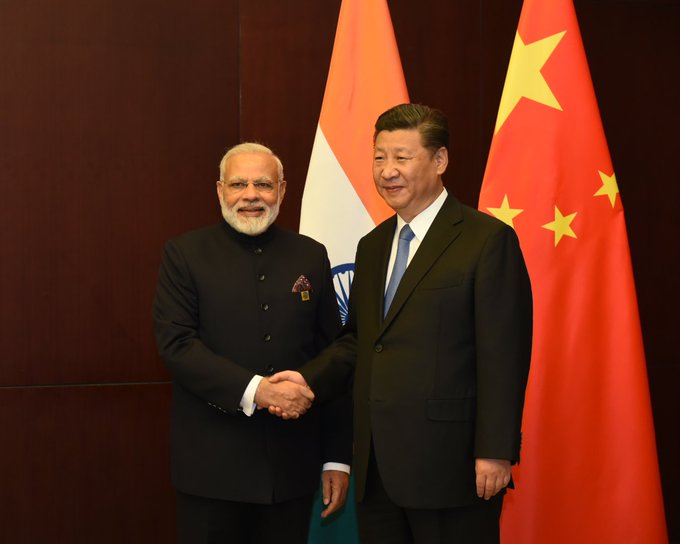 NEW DELHI: With the death toll rising every day and major cities in lockdown across the world, health and safety are rightly the primary concerns when dealing with the Wuhan coronavirus. But while doing so we cannot ignore the geopolitical undercurrents it has brought about. From President Donald Trump’s insistence on calling COVID-19 a “Chinese virus” to Beijing’s not so subtle messaging that it will be the global saviour post the virus, suggests a new phase in the latter’s determination to displace Washington and emerge World No.1.

No immediate change in the status quo is seen despite President Trump’s many missteps. His initial dismissal of the seriousness of the virus, his failure to coordinate a global response and banning of flights from Europe; allowed China to step in as saviour of the world. So far, this is a narrative that seems to have worked for the Dragon. Advantage Beijing.

But there is a flaw in this Chinese narrative. However much Beijing may hand out masks to Italy and other nations desperately in need of them, however much it may be integral to the global supply chain, there is one hurdle that remains — trust or lack of it.

China’s bid to downplay the seriousness of the virus and the fact that it allowed its chief whistle-blower Dr Li Wenliang to die, an act that caused anger and fury outside and even within the country, shows that however much Beijing may want to be the dominant world power, it won’t be able to.

Today’s world, which has moved away from Cold War binaries and also seems to be moving away from U.S. hegemony, is not looking to China as an alternative. No, a world which has been shaken and institutions cast adrift will look to a voice of reason and trust. This is where India can play a role.

In a recent address, External Affairs Minister S Jaishankar said India was ready to play a larger role in a post-globalisation world which is both “fractured” and “polarised.” The minister’s statement came as a series of initiatives carried out by Prime Minister Narendra Modi have caught the attention of the world.

From taking the initiative to host a video-conference of SAARC nations to discuss measures to contain the virus, to suggesting that the same be carried out at the upcoming G-20 conference, India showed itself willing to take the lead and more important, other nations were willing to listen.

Such initiatives may expand over time as India grows in confidence on the world stage but New Delhi must also be realistic about its vision. The challenge is to first manage the virus at home, help nations through building capacity and some aid, and then look to act post the threat has been reduced.

Given that New Delhi does not have the economic power of either the U.S. or China and given that a rising number of nations are turning inward, India must play the role of “influencer” in institutions such as the Quad (U.S., Japan, India & Australia), Shanghai Cooperation Organisation (Russia, China, India + five others) and so on. Multilateralism will be the most realistic and practical way forward in a world that seems to be done with a hegemonic global order.