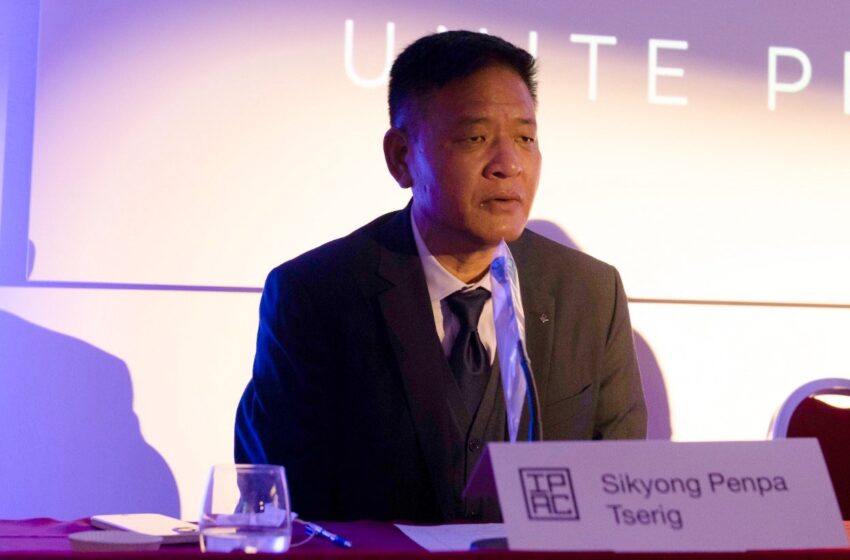 NEW DELHI: The Tibetan government-in-exile in India has not taken “any official position on Chinese villages in Arunachal Pradesh,” said Penpa Tsering, the newly elected Sikyong or political head of the Central Tibetan Administration in Dharamsala.

But he sensed insecurity in the Chinese leadership. He believes the Chinese are pushing Tibetans towards the boundaries with India, hinting that Beijing maybe trying to settle ethnic Han Chinese in areas where Tibetans have been evicted. How the Tibetans would fare in the largely uninhabited territories along the India-China boundary didn’t seem to matter to the Chinese.

“It’s hard to make money along the India and China borders,” he told journalists of the Indian Association of Foreign Affairs Correspondents in Delhi, pointing out that “there is no trade happening along our borders with China, nothing at Nathu La. I am not sure if it is the same along China’s borders with other countries.”

He was also skeptical about China recruiting Tibetans into the army. “There is a question of trust,” he said, asking “is it about Tibetans attacking Tibetans? We know some have been conscripted and sent to Xinjiang but to what extent I don’t know.”

Penpa Tsering indicated no direct contact with the Uyghurs since north Tibet is a cold desert. “There is not much interaction. But we have been in touch with Dolkun Isa (Uyghur leader). Uyghurs must learn the art of resilience, be prepared for the long haul,” he said, hinting at closer contacts with the exiled Uyghur leaders campaigning against China’s hold over Xinjiang.

He acknowledged that independence for Tibet may not be a realistic proposition.

“If we ask for independence, will the world stand by us, will India do so, will the U.S.? That is why I say the Middle Way is the best way (between full integration with China and how Tibet was before the Chinese occupation). I can’t expect the Indian government to disregard Indian interests; in the same manner, I cannot expect the U.S. government to overlook its interests (vis-a-vis China). That will not happen. Often I bow down to the wishes of the Indian government. Without India our community could not be where it is now. I can only convey my concerns to both countries.”

“We are dying a slow death,” he warned. “The number of monks and nuns in monasteries is down to 300 or 400 with their management in the hands of the Chinese military or the United Work department. Big monasteries are only in India. In Bylakuppe we have 5000-6000 monks. The death of Tibetan culture and civilization will be a big loss for China and the world.”

Tsering said the Tibetan government-in-exile has set up a nine-member committee which will work on approaches to the Chinese leadership. He was clear that unlike the semi-official or non-official contacts with the Chinese until now, he wanted to open contacts at the official level in Beijing.

He was hopeful of getting government support for a census of the Tibetan population in India. He estimated the total Tibetan population at about 1,30,000 including 70,000 in India, around 25,000 in the U.S., 20,000 in Europe and 10,000 in Canada. “Tibetans are moving and we cannot control their movement,” he regretted, therefore the need for a census.

He also pointed to another fact: the flow of Tibetans into India had slowed to less than a trickle. Only five Tibetans were able to come to India last year; this year it was nine and only two among them were students. Clearly, the Chinese were cracking down on Tibetan migration to India, arresting guides and stepping up armed patrols especially in the winter months when migration traffic increased.

This had also affected the flow of information on the situation inside Tibet. The banning of WeChat was another problem. Conversations over the phone had become risky because the Chinese were monitoring such calls.

As for the keen interest shown by Beijing in the reincarnation of the current Dalai Lama, Penpa Tsering had a word of advice: “If China is keen on reincarnation they should first learn Buddhism and focus on reincarnating Chairman Mao.”