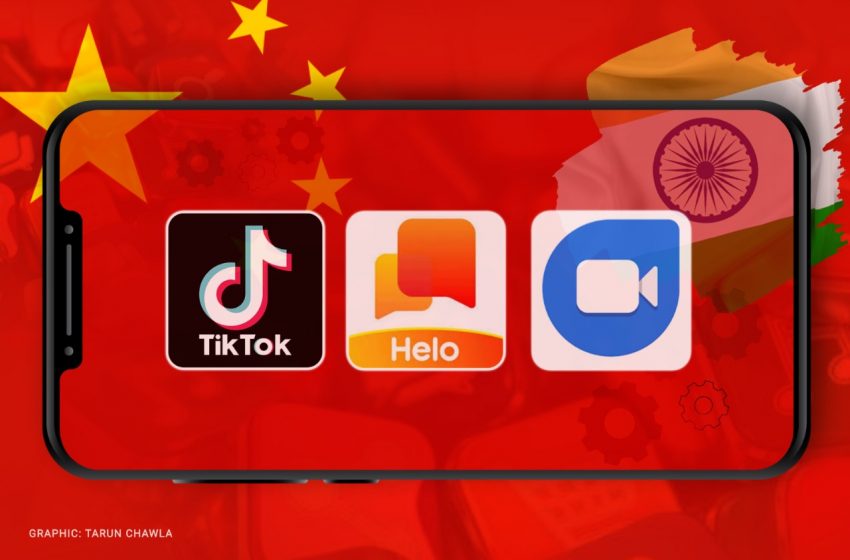 NEW DELHI: In the last few days, TikTok, the app developed by Chinese tech firm ByteDance, with a huge following in India, has dropped many notches in the popularity stakes, from number 5 to 10 in the App playstore. The drop coincided with the India-China standoff in Ladakh.

China’s Global Times was quick to notice and analysed the development in its columns thus: “Extreme anti-China sentiment is surging in the South Asian nation alongside recent border tensions … some radical media outlets and organizations in India are relentlessly promoting anti-China sentiment … the new anti-China app is their latest move.”

The last referred to the “Remove China App” which rocketed in popularity as the standoff in Ladakh intensified. Although it was removed, it renewed focus on the proliferation of Chinese apps in this country and the fact that among the top 10 apps downloaded in India last year, five are Chinese. The spread of Chinese apps in India reflects Beijing’s determination to challenge the dominance of Facebook, Apple and Google (FAG) either through direct entry of wholly Chinese-owned apps, through investing in Indian apps or by taking over foreign apps. This is the Chinese strategy for India. China’s tech giant Huawei, for instance, is using Indian software talent to develop apps for its AppGallery. It is reported to have set aside $1 billion global fund for the purpose and is in negotiations with around 150 Indian firms to integrate their apps with the Huawei Mobile Suite. So what does Huawei and other Chinese tech firms hope to gain?

Market analysts say Indian app developers could leverage the current sentiment over China to develop their own apps. But they also need to emulate Chinese strategies. For instance, the focus on the vernacular and non-urban areas opens up the space for technology diffusion in rural areas. Then Chinese investment in Indian startups (18 unicorns) has helped Indian investee firms to enhance their valuation levels. But the strong foothold of Chinese apps has negative effects. There are instances of some of these apps (Newsdog, Daily Hunt among others) removing anti-China posts on their platforms and interfering in the conduct of elections. Clearly, their ability to deploy advanced AI algorithms gives these firms enormous ability to influence public opinion in this country in the future.

Most of the popular gaming apps in India have links to Tencent, which has a history of operating a virtual currency QQCoin that has underscored fears relating to money laundering and secret communication. This is a growing menace worldwide and Tencent’s dominance is worrying.

Some time back, the Madras High Court ordered the Tamil Nadu government to restrict downloading of TikTok. The Gujarat government also banned PUBG Mobile in the state. But there are scores of other Chinese apps notably L’amour, Pepper, Noni that are known to be involved in illegal business practices. The U.S. government recently ordered Beijing Kunlun Tech to sell off its stake in the dating app Grindr citing national security reasons. 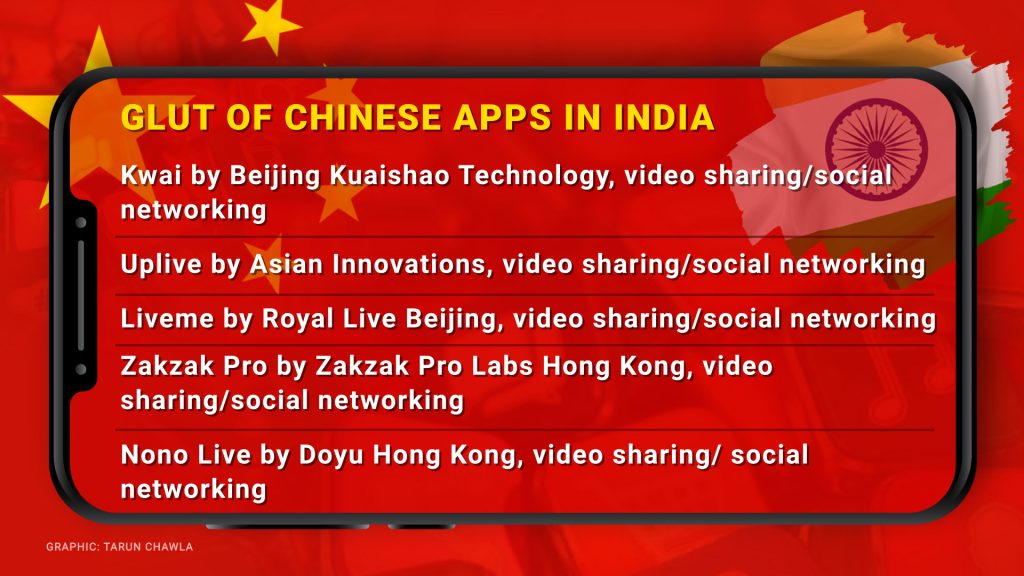 TikTok and Zoom are accused of illegally routing user data to servers in China and leaving scope for third party actors to get access to this data. It has raised concerns over the possible misuse or mishandling of such data.

Once Huawei’s AppGallery gains popularity, government agencies will find it difficult to remove various apps even for security considerations. There’s no doubt TikTok and PUBG need to be removed. Most Chinese smartphones have pre-installed their own app store in their smartphones, leaving scope for populating apps on it in the future.

Important to note that while Chinese tech firms are at a high level, they have got this far because of the free and open market India is. Tech smart and innovative Indian firms have not been able to register similar success in China because of the restrictive nature of the state. Xi Jjinping’s tendency to tighten state controls over the lives of his citizens suggests there will be no space for Indian firms.

Given that and since India insists on reciprocity in its diplomatic dealings, the only way forward maybe to restrict the proliferation of Chinese apps and bring greater oversight into their operation.