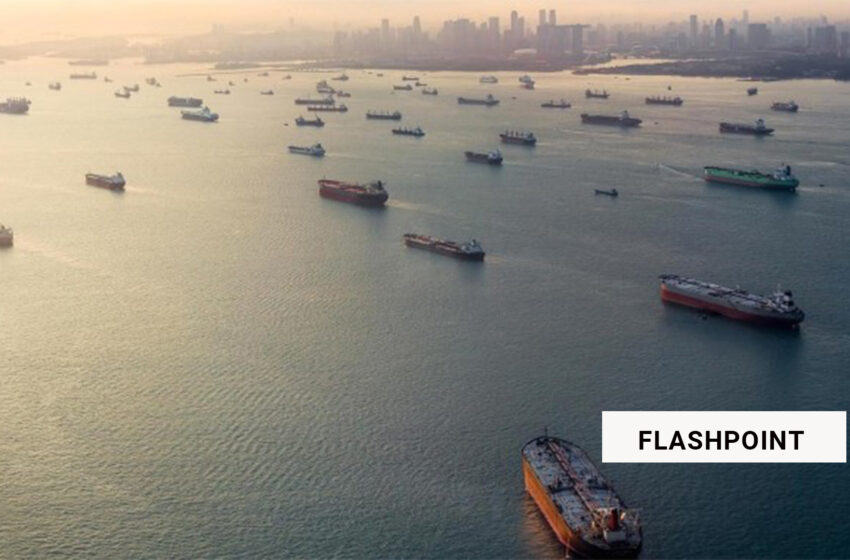 NEW DELHI: It is often said that India can block the flow of China’s energy supplies through the Malacca Straits in the event of any provocation by that country. If that is indeed the case, why did India not do so when the Ladakh crisis was at its peak?

The facts speak for themselves. A staggering 55 per cent of India’s $250 billion trade passes through the strait on its way to the South China Sea and elsewhere in the region. Blocking the strait could be cutting our nose to spite our own face!

Other players have even higher stakes. Over a trillion dollars of U.S. trade passes through the strait, as does 60-70 per cent of Japan’s oil and 90 per cent of South Korea’s. Australia relies on the strait for trading with Japan, South Korea and the ASEAN states.

In other words, as Lt. Gen. SL Narasimhan, member of the National Security Advisory Board, explains: “The prospect of one or two countries triggering a crisis in the South China Sea leading to a shutdown of the Malacca Strait is remote, as these are global commons. Many countries have stakes in ensuring the strait remains open, they would oppose any action that could blockade it.”

Prof. Srikanth Kondapalli of Delhi’s Jawaharlal Nehru University has a different take on it. “It’s actually, advantage for all,” he argues, “especially for India since our Andaman Islands are not far from the Malacca Straits and if China gets up to any hanky panky, we can intervene, our doctrine allows it.”

The Indian Navy’s Maritime Doctrine of 2015 caters for that. It defines the primary areas of interest as the “Arabian Sea, Bay of Bengal, Andaman Sea and their littoral regions… the Persian Gulf and its littoral… the choke points leading to, from and across the Indian Ocean including… Straits of Malacca, Singapore, Sunda, Lombok …”

It then goes on to define India’s “secondary areas of maritime interest as Southeast Indian Ocean including sea routes to the Pacific Ocean and littoral regions in vicinity… South and East China Seas… including their littoral regions… other areas of national interest based on considerations of Indian diaspora, overseas investment and political relations.”

Prof. Kondapalli adds a caveat. “The institutional and policy framework exists but we would still need the consent of some of the key players such as the U.S. and ASEAN, to intervene in the Malacca Straits.”

Their consent would depend on the circumstances. Do China’s actions threaten their economic or strategic interests? For the U.S., definitely so. Aside from trade, the U.S. has allies in the region to whose defence it is committed, such as Taiwan. While it has been speculated that a Quad naval drill in 2007 was intended to simulate a blockade of the Malacca Straits, others say this was not the case, and the drill was purely HADR. Nevertheless, China issued a demarche to all the Quad participants (Australia, Japan, India and the U.S.) leading to Australia’s pullout (it explains India’s doubts about Australia).

Even today, China’s actions across the Taiwan Strait are deliberately provocative. It has crossed the median line, its aircraft carrier the Liaoning has circled the island in an obvious effort to intimidate and its aircraft have violated Taiwanese airspace.

Given the above, would India back the U.S. in the event of a confrontation in the Taiwan Strait? Do recall, former president Barack Obama and Narendra Modi signed a Joint Strategic Vision for the Asia Pacific and Indian Ocean in January 2015. Here’s what they agreed to: Both sides affirmed the importance of “safeguarding maritime security and ensuring freedom of navigation and overflight throughout the region especially in the South China Sea… develop a roadmap… to better respond to diplomatic, economic and security challenges in the region.”

So, on the face of it, India has signed on and is committed. Whether India would respond with military support is not clear given that the U.S. probably has adequate forces to deal with the situation. But a token Indian military presence (in a supporting role) cannot be ruled out.

Delhi would also take comfort from a greater show of spine by ASEAN. Two months ago, the 10-member grouping issued a statement from Manila that said: “We discussed the situation in the South China Sea, during which concerns were expressed on the land reclamations, recent developments, activities and serious incidents. We reiterated that the 1982 UNCLOS is the basis for determining maritime entitlements, sovereign rights, jurisdiction and legitimate interests over maritime zones.”

The reference to China’s land grabbing in the South China Sea is unmistakable. The wonder is ASEAN came out with such a strong statement when it is heavily dependent on China for trade and investment. Add to that, it is not a military power by any stretch of imagination. But Vietnam and Indonesia have shown they are not wimps when it comes to defending their maritime interests.

Nevertheless, China continues to press forward, demanding that all foreign vessels seek permission before entering the South China Sea. In practice, this is limited to naval ships, not commercial traffic. It is demanding that the 9-Dashed Line be accepted and is sending its fishing fleets escorted by armed militia vessels into the territorial waters of its neighbours.

The U.S. is carrying out ‘freedom of navigation operations’ in the South China Sea; recently, it sent two aircraft carriers into these contested waters in a clear hint to China not to doubt its resolve. Where does India stand here? After the assault on Indian army personnel in Ladakh in June and growing evidence that it was cleared at the highest level of China’s leadership, it’s clear India cannot back off any more. There is no trust left.

But India sees the Indian Ocean as its primary security concern, not the South China Sea. An incident or provocation there may not resonate in Delhi, as in September 2011 when INS Airavat in the South China Sea reportedly changed course after a warning from China. But a similar Chinese action in the Indian Ocean could set alarm bells ringing and trigger retaliation with the Malacca Straits a logical target.