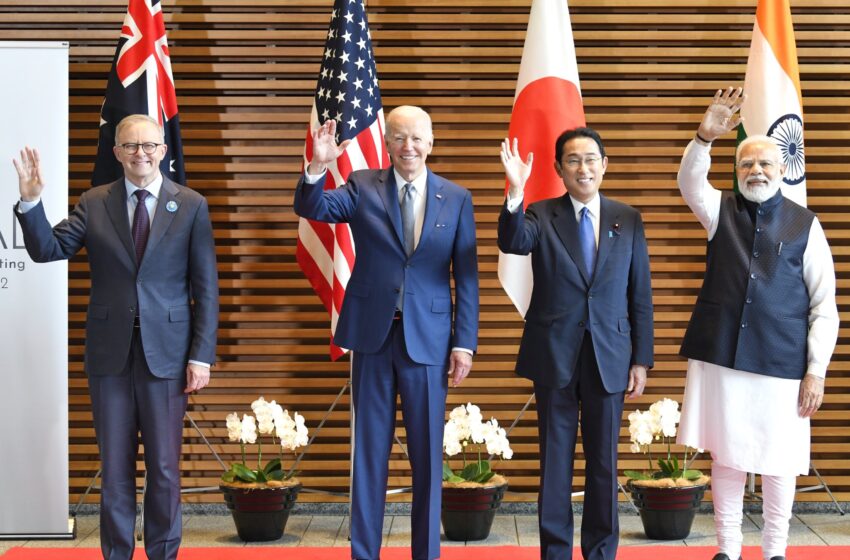 “We have seen the PRC continue to amass forces and build military infrastructure along the so-called LAC.  It does reflect and it’s important to point out, the growing trend by the PRC to assert itself and to be provocative in areas directed towards U.S. allies and our partners in the Indo Pacific.  And we will continue to remain steadfast in our commitment to ensuring the security of our partners.”

That was the Pentagon reacting to the clash between Indian and Chinese forces in Tawang last week. It squarely blamed China for the incident, linking it to previous provocations whether against India or its South China Sea neighours.  The statement made clear its commitment to India without giving any details, precisely because it’s a “partner” not an ally.  India’s presence in the Quad does not call for the US coming to India’s aid in the event of a conflict with China.

This is not the same as the US security commitment to Japan and Australia, the other members of the Quad, that are long time treaty allies whom Washington is bound to defend.

The White House statement on the India China clash was even more circumspect, with press secretary Karine Jean-Pierre stating that the US urged “both sides to utilise existing bilateral channels to discuss disputed boundaries.”

The statement gives the impression that the US views India and China with the same lens, not blaming one side or the other for the clash.  India is likely to take a dim view of this given that China is the perpetrator here, the one that tried to violate the LAC in Tawang, and not for the first time.  The curious thing here is that the US has been generally supportive of India in its problems with China over Ladakh. Former secretary of state Michael Pompeo had supported peaceful resolution of the border issue, while former assistant secretary for East Asian affairs David Stilwell had criticised China’s actions in Galwan.

In the last decade, the US has emerged as India’s major strategic and security partner, nevertheless, it has tended  to play hot and cold on India’s border issues whether with China or Pakistan.  Sujon Chinoy, India’s former ambassador to Japan and currently head of the Institute for Defence Studies & Analysis, writing on the institute’s website in July 2020, pointed to “cartographic anomalies” committed by India’s strategic partners.

In the late 1960s, US maps tended to reflect the Pakistani position on Siachen, showing the Line of Control (LoC) extending all the way up to the Karakoram Pass. This changed in 1987 with the LoC terminating at NJ9842.  It takes a nuetral position on the sovereignty of the Siachen Glacier while showing it under India’s control and as part of J&K. CIA maps are even more interesting, showing Aksai Chin as disputed and Arunachal Pradesh as part of India.

Ambassador Chinoy notes that on the Shaksgam tract in Ladakh, US maps only state the facts: “territory ceded by Pakistan to China in 1963 and never recognized by India.”

Other Quad partners play similar games. Australian maps show the LoC extending beyond Point NJ9842 to the Karakoram Pass, mirroring Pakistan’s spurious claims to the glacier. Japan does the same  thing, reflecting the Pakistani view of where the LoC ends. It also shows Aksai Chin as part of China with no reference to its disputed status.

The US describes India as the “most important bilateral relationship in the 21st century,” and that “our strategic alignment is growing across the board in almost every arena,” which is all very well. But the “cartographic anomalies” suggest a US inclination to play other games, sowing doubts in Indian minds.  Trust as they say, begets trust. The US, Japan and Australia need to suit action to words and remove the sources of mistrust and doubt.