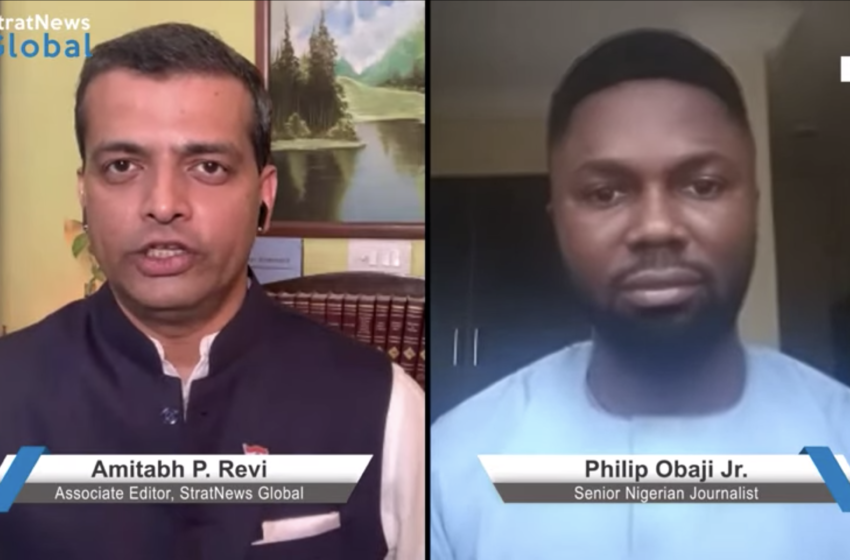 NEW DELHI: There’s a “lot of anger” after reported law enforcement firing killed an unconfirmed 12 people in street protests in Lagos, Nigeria’s largest city, says senior journalist Philip Obaji Jr., adding “this is not the end though the demonstrators’ momentum” has fallen after curfew and restrictions were imposed. Speaking from Abuja to StratNews Global Associate Editor Amitabh P. Revi, he said “a number of hospitals are treating injured victims but it is really difficult to confirm the number of deaths. The government says just one person was killed on Tuesday evening but many sources are saying a dozen people are dead. There are also some assertions that soldiers took away dead bodies.”

Human Rights Group Amnesty International says at least 56 people have died across Nigeria since nationwide protests began on October 8, with about 38 killed across the country on October 20. The army has denied the “fake news” that protesters were shot dead. Thousands of people hit by the economic fallout of COVID-19 have joined the protests that initially focused on a police unit, the Special Anti-Robbery Squad (SARS). Nigeria’s President Muhammadu Buhari has appealed for “understanding and calm” but there is “much criticism he hasn’t spoken directly to the people, Obaji said, adding, “there are calls for him, the army and police chiefs to step down. President Buhari had ordered the notorious and corrupt anti-robbery unit disbanded on October 11 but protesters want prosecutions and an end to corruption.

UN High Commissioner for Human Rights Michelle Bachelet has “strongly condemned the use of excessive and disproportionate force by Nigerian armed forces in Lagos, resulting in unlawful killings with live ammunition” on October 20. Curfew continues in Lagos and several states. Protests have spread to other parts of the country, with restrictions imposed in the oil hubs of Rivers State, including in Port Harcourt. In a statement on Wednesday, Presidential spokesperson Femi Adesina said the President was working hard to meet the demands of the protesters. Graphic scenes of dozens of people running from gunshots, helping those hit by live fire and pleading for help, including a live Instagram post by DJ Switch, a popular disc jockey, have flooded social media platforms.