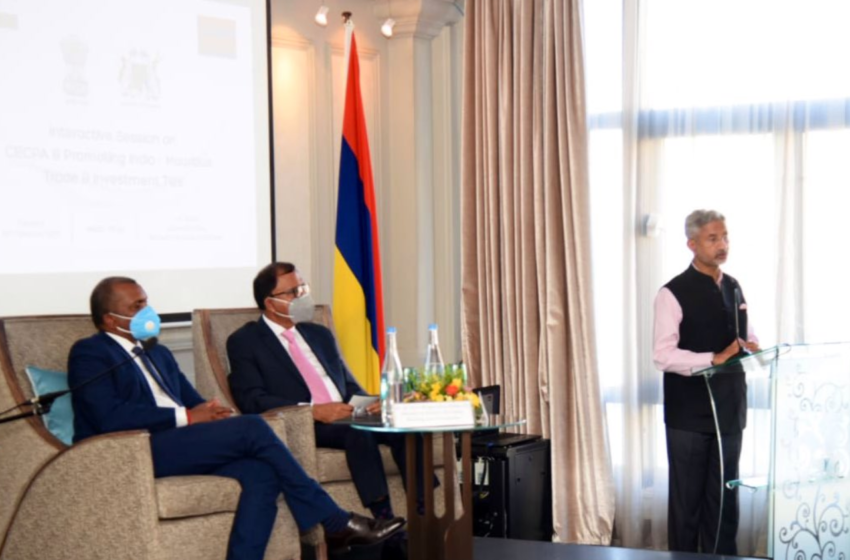 NEW DELHI: India has signed a free-trade agreement with Mauritius when similar deals with the U.S. and Europe have eluded it. This may seem odd as Mauritius is hardly a manufacturing power, its main exports comprising frozen fish, biscuits, sugar products, apparel, medical and surgical equipment and so on, totalling 615 items, products that are already widely available in India.

Nevertheless, India has sound reason to enter into such an agreement. A continent-wide African free trade area (that includes Mauritius) came into force on January 1, and India may have decided to strike while the iron is hot, seeking “first mover advantage” for its range of manufactured goods that can now flow through Mauritius at zero duties into the vast African hinterland of over one billion people. It helps that Mauritius lies less than 3000 km off the south eastern coast of Africa.

The Comprehensive Economic Cooperation & Partnership Agreement (CECPA) is India’s first such deal with an African country and will give 310 Indian products, including textiles, electrical and electronics, plastics and chemicals etc, preferential access into the Mauritian market.

A major gain for India is that the agreement specifies trade in services: “Indian service providers will have access to around 115 subsectors … such as professional services, computer related services, R&D, other business services…” In other words, Indian IT professionals will be able to work from there or carry out assignments without any immigration questions being raised. This is a major gain since negotiations over FTAs with other countries have always stumbled over this point.

Now a reality check! China stole a march over India in the sense that its FTA with Mauritius was signed way back in October 2019 although it was ratified only last month. So it will take some time for the FTA to start moving. By then, hopefully India would have got its act together.

Another reality check! What guarantee is there that manufactured goods from other countries (like China) don’t use the Mauritius route to enter India? India’s major grouse about existing FTAs with Singapore and ASEAN is that Chinese goods were entering India through these two routes and wiping out local industry.

The deal with Mauritius specifies that it is “a limited agreement which will cover Trade in Goods, Rules of Origin, Technical Barriers to Trade, Sanitary and Phytosanitary Measures, Dispute Settlement…”

It is presumed that India will keep a close eye on what’s coming in from Mauritius while ensuring that the Customs end operates smoothly.

The larger question is whether India can compete (with China, others) in the long term? Can it supply quality products at reasonable rates to African customers? Will Indian trade and industry ensure that they win a reputation for reliability and honest practices? All that will be known before long.

A last word on why Mauritius may have seen a “limited agreement” with India as worthwhile. As a small country (2,040 sq. km) with a population of 1.3 mn, there’s only that much it can consume or produce. But Mauritius is positioning itself as the gateway to the African mainland and hopes to enhance revenues through greater economic activity and employment. Bilateral trade last year was $690 million (in India’s favour) and Mauritius may have gauged that the only way forward is through an FTA even if it is a “limited” one.