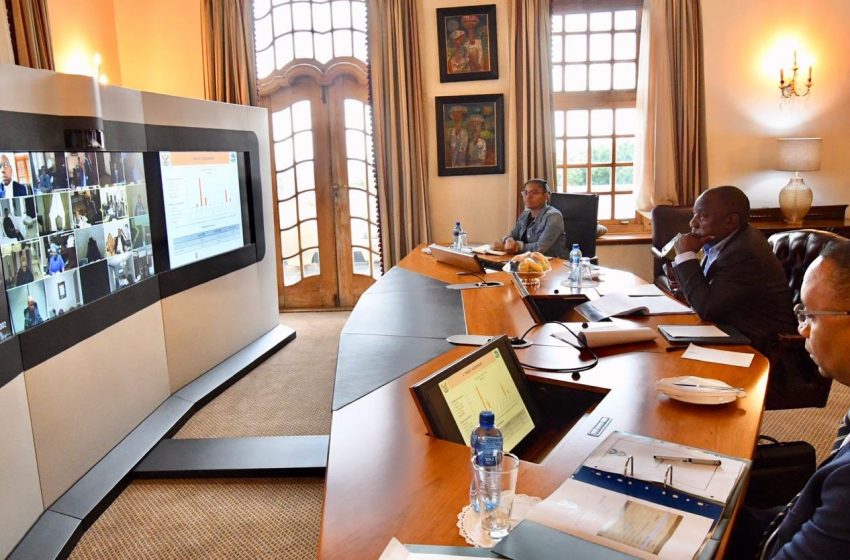 NEW DELHI: Some say (or hope) that the Ebola virus outbreaks in Africa not so long ago will ensure that the continent copes better with the Coronavirus. But that view is not widely shared. WHO Director General Tedros Ghebreyesus warned African heads of state on Sunday of “an imminent surge” in Coronavirus cases, urging them to open up humanitarian corridors to ensure free flow of medical supplies.

The African Centre for Disease Controls expects Coronavirus cases could hit 10,000 in a number of African countries by the end of April. A number of countries have shut their borders especially to European travellers. Zambia, Tanzania, Kenya and Rwanda among others have shut educational facilities while others have banned sporting events. Congo and Ghana have stopped religious congregations including in places of worship.

Governments are urging people to work from home but internet services are not always up to the mark, add to that power cuts. There is lack of protective gear, testing kits and hospitals with staff trained to handle Coronavirus cases.

The situation is expected to be still worse in places like Somalia and Libya or in the Sahel region where no visible or viable government exists. South Sudan presents other complications. Below we look at some African countries and how they are responding to the challenge.

With over 1000 confirmed cases and 66 deaths, Egypt has shut schools and mosques, banned nighttime gatherings and imposed curfew to prevent the virus from spreading in crowded cities like the capital Cairo.

The chief of the National Cancer Institute said three doctors and 12 nurses had tested positive for the virus. The institute had to order compulsory screening of its medical staff with operations being shut down for three days to disinfect the entire facility.

But in a country which tightly controls the press, information about the extent of the spread of the virus remains unclear. The WHO chief in Egypt had indicated last month that there were over 3000 cases of the virus in the country but government refuses to confirm this figure. The health minister said recently that 25,000 tests had been carried out, which puzzled the WHO since Egypt has the capability to undertake 200,000 tests. Clearly, the health authorities are going on the basis of a narrow definition of the virus, so tests are limited.

In South Africa, they say it’s the calm before the Corona storm hits, this even after a lockdown over one week old, and 67 mobile medical labs that have tested 50,000 people (1400 positive, five deaths). Drive-in screening centres are expected to open soon enabling the government to screen 30,000 people every day (India manages just about 10,000 a day). The country is seen as better prepared for the pandemic than any other African country.

But Health Minister Zweli Mkhize knows better. “What we may currently be experiencing is the calm before a heavy and devastating storm,” he indicated at one of his many briefings. “Unless we move fast we may soon be swarmed. There will therefore be no further warnings before the pounding descends upon us.” Dr Mkhize says the virus is spreading in the country and “we don’t as yet have a true picture of the size of the problem.”

The most vulnerable communities, the poor and homeless, are expected to be hit the hardest (as they have in other parts of the world). Living in fetid slums with narrow alleyways and garbage all around, it’s difficult to enforce social distancing. Lack of water in these communities means washing hands is a luxury. Sanitizers and disinfectants are being distributed free from trucks but the government feels it is touching only the fringe.

Tracking, identifying and tracing people who are infected is proving difficult. All too often provincial authorities have shown themselves to be lacking in ideas and effort. Critics say they are usually ruling party cadres, in key positions, with little or no aptitude for the job. They are proving to be major obstacles in getting the private sector with its efficiencies and expertise on board in the fight against the Coronavirus.

The question is whether President Cyril Ramaphosa will use this as an opportunity to reform, restructure and resolve South Africa’s systemic weaknesses. The Corona storm maybe unavoidable but if it lays the ground for the country to fight a future storm better, so be it.

The country’s three biggest cities—Lagos, Abuja and Ogun—have been under lockdown for over a week. It is expected to last another week before restrictions are relaxed. President Muhammad Buhari said “we will use this containment period to identify, trace and isolate all individuals who have come into contact with confirmed cases.”

Nigeria was reported to have 174 confirmed cases and two deaths so far with Lagos at the epicentre. But nobody wants to hazard a guess as to where all it has spread. Like South Africa, the brunt of the impact may be visible in the tightly packed slums of big cities where hordes of the poor live.

The government has announced various schemes to alleviate the problems of the poor, including compensation for small traders due to loss of business and food supplies for those below the poverty line. But the government’s ability to deliver on these promises is suspect.

The virus could not have come at a worse time. Oil-rich Nigeria is heavily dependent on that one resource to deliver government revenues. But the extraction, sale and export of oil are riven by inefficiencies and corruption. Add to that the steep fall in the price per barrel of oil, crippling Nigeria’s revenues.