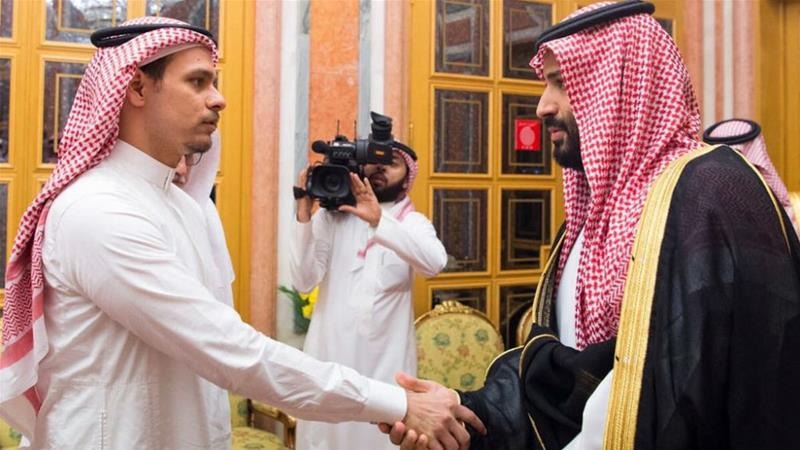 NEW DELHI: The drama that began in Saudi Arabia after the murder of journalist Jamal Khashoggi in Turkey may well be into its last act, especially after his family pardoned the killers. His eldest son Salah Khashoggi tweeted, saying: “we the sons of the Martyr Jamal Khashoggi announce that we pardon those who killed our father”.

As per the law that’s in vogue in Saudi Arabia, if the family of a murdered person pardons the murderer/s, the convict/s is/are entitled to a legal reprieve, which could spare them execution.

In December last year, five Saudi government officials convicted of the murder were given the death sentence. Of the 11 put on trial after worldwide condemnation, three others got jail terms. Three, believed to be part of the crown prince’s inner circle, were acquitted for ‘lack of evidence’.

On October 2, 2018, Khashoggi, a vocal critic of Saudi crown prince Mohammed bin Salman, entered the Saudi consulate in Istanbul to get his divorce documents attested so he could marry his Turkish fiancée Hatice Cengiz. As she waited outside, ‘The Washington Post’ columnist never returned. He was killed and dismembered by a team of 15 Saudi agents who had flown to Istanbul on a government plane, Turkish authorities said. His remains are yet to be found.

As fingers were pointed at the crown prince, who is known to be ruthless towards his critics, Saudi Arabia denied the allegations and kept issuing different versions. Day after the murder, a Saudi official said Khashoggi had left the consulate alive after getting the paperwork done. Five days later, the Saudi envoy to the U.S. claimed reports about Khashoggi’s death were “completely false and baseless”.

On October 20, 2018, an official Saudi statement said there was a “fight” between Khashoggi and “some” of those with him at the consulate, resulting in his “death and their attempt to conceal what had happened”. A day later, the Saudi foreign minister in a television interview called it “murder” but said it was a “rogue operation” about which “even the senior intelligence leadership was not aware of”.

Grounds for the Khashoggi family pardoning the killers seemed to have been laid then. Images released by the Saudi Press Agency showed Khashoggi’s son shaking hands with the crown prince.

“That was a gesture from the Khashoggi family that they did not wish to pursue the matter further. It was to remind the people of Saudi Arabia that the family and the crown prince are reconciled and that there was no need to abuse the crown prince anymore. The legal process has now been finalised with the payment of blood money and the issuance of pardon,” well known Arabist Talmiz Ahmad told StratNews Global.

Tweeting her displeasure with the pardon, Khashoggi’s fiancée said the fight for justice was far from over. “The killers came from Saudi with premeditation to lure, ambush and kill him… We will not pardon the killers nor those who ordered the killing,” she said.

Talmiz Ahmad, who has been India’s Ambassador to Saudi Arabia, says the trial was anything but fair. “All of us as aware that the murder was ordered by the crown prince, it took place with his full knowledge and approval. Not a single person in the world will believe that there was a transparent judicial process and that the appropriate people have been found guilty,” he said.

Last month, Saudi Arabia banned flogging as punishment but remains the only country that allows beheadings and amputations in public for crimes like murder and theft. It has projected itself as a unique state that upholds the most strident aspects of Islam. Although Sharia (Islamic law) provides for beheadings and amputations as modes of punishment, there’s a wide variety of interpretations possible.

“Saudi Arabia has very little interests in the doctrines of Islam. It is much more interested in projecting itself as a very aggressive, coercive, authoritarian state. These punishments are meant to prevent crimes but that has not happened. The heinous and public nature of capital punishment has not been a deterrent,” says Talmiz Ahmad.

In January 2015, Mohammad bin Salman became the kingdom’s defence minister, a position he carries to date. The high point of his career came in 2017 when he was made the crown prince, the next in line to the throne. On the one hand, he ordered reforms such as allowing women to drive, permitting them to travel without the permission of a legal guardian, even giving them the rights to apply for birth and death certificates—privileges that were limited to men.

But his journey as the de facto ruler has been pockmarked with several failings: the blockade of Qatar, crackdown on political rivals, forcing the resignation of the Lebanese PM while on a Saudi visit, jailing women’s rights activists and the diplomatic spat with Canada, murder of Jamal Khashhogi and the recent oil crisis.

So what explains the deep-seated contradictions about the man?

“He is extremely impulsive, power drunk. If there’s any hint of a rivalry, he takes very harsh pre-emptive action. What’s missing in the man, to my mind, is gravitas, depth of knowledge and understanding. A near-total absence of wisdom. He has been a disruptive force in the region,” feels Ahmad.

Indeed! And the crown prince seems to be making sure no one has any doubts.