NEW DELHI: Long hailed as the bastion of journalism, the New York Times continues to have a dedicated readership in the US and in other parts of the world for its “factual” and “unbiased” coverage. But Tel Aviv-based journalist and author Ashley Rindsberg calls these beliefs into question in his recent book called The Gray Lady Winked. Rindsberg’s book, which documents through the ages how NYT reporters have suppressed facts and continue to peddle false narratives such as praising Hitler, ignoring famine in Ukraine – even when their competitors were covering the “real” story – suggests that the NYT not only has a preset agenda but it has long been dominated by a cult of “superstar journalists” who seem to believe that the story is what they make it. This is more than clear he states when it comes to its contrasting coverage of India and China. In India, Rindsberg points out, the NYT talks of the “rampant culture of sexual abuse” when a quick look at the statistics reveals sexual assault cases are a fraction of what they are in the US. In China though he states, the NYT continues to laud Beijing’s measures of handling the pandemic by approving “forced lockdowns” and relying on CPC data which is more “100% skewed.” In this way the NYT continues to peddle a false image of both India and China to the world. 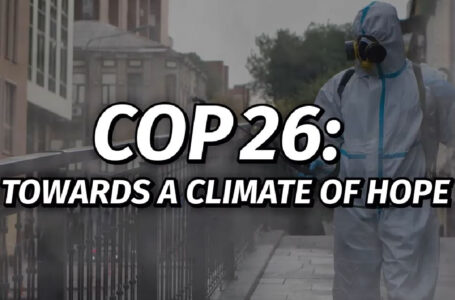 COP26: Towards A Climate Of Hope

I Will Be Don Quixote And Lead...