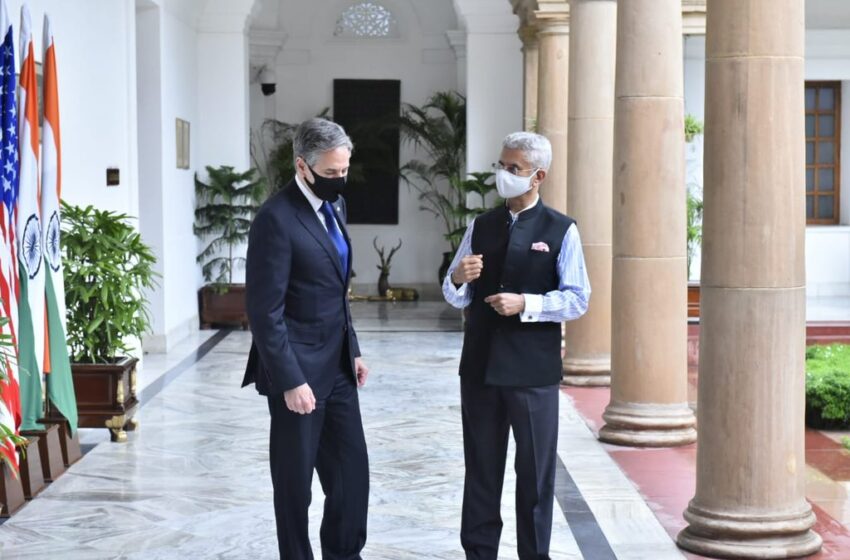 NEW DELHI: Is India justified in feeling let down by the U.S. on Afghanistan? Diplomats say the U.S. has every right to change policy in keeping with its national interests. But it is the manner in which they go about it that is causing heartburn in Delhi. The decision to withdraw from Afghanistan was taken by former President Donald Trump, and accelerated by President Biden with little or no reference to Ashraf Ghani, who was Washington’s choice for Afghanistan’s president.

The U.S., it seemed, had no compunction in doing a U-turn and talking directly to the Taliban, the movement they have fought for the last 20 years at enormous cost. India’s opinion barely seemed to matter.

“This is not new,” argues former diplomat and ambassador to Russia PS Raghavan. “In2019, the U.S. formed a ‘troika’ with Russia and China on Afghanistan, later bringing in Pakistan, with the clear objective of bringing the Taliban into mainstream Afghan politics. The problem for India is that they now seem to be leaving it to China and Pakistan to take it forward.”

The current situation is particularly relevant. The U.S. talking directly to the Taliban gives that terrorist movement enormous leverage at the cost of the elected government in Kabul. It also gives them a degree of impunity: the U.S.-Taliban deal cynically ensured no attacks on its troops in Afghanistan while leaving the Afghan civilian population at their mercy. Nor is there any guarantee the U.S. will continue air support for the overstretched Afghan government forces beyond the August 31 withdrawal deadline.

Further muddying waters, the U.S. announced last month a ‘quadrilateral diplomatic platform’ with Afghanistan, Pakistan and Uzbekistan for regional connectivity to ‘promote peace and stability in Afghanistan’. This is seen in South Block as helping to extend the China-Pak Economic Corridor to Uzbekistan, thus giving the latter and Afghanistan a direct access to the Indian Ocean. This would undermine the viability of India’s initiative to connect to Afghanistan and Central Asia by the International North South Transport Corridor running through Iran from the port of Chabahar.

The concern in Delhi now extends to the ‘original’ Quad (Australia, India, Japan and U.S.). What happens if Washington dilutes its position on relations with China? It means the ‘original’ Quad goes for a six. The signals are already out there. Commenting on China’s foreign ministry recently hosting Taliban leaders in Beijing, U.S. Secretary of State Blinken said in a media interview in Delhi that China’s interests in Afghanistan ‘align’ with those of other regional countries.

There’s more. Biden’s climate czar John Kerry has indicated that China is the key to Washington’s plan for carbon dioxide emissions peaking by 2030 and achieving carbon neutrality by 2060. At an address in London late last month, Kerry said: “As a large country, an economic leader and now the largest driver of climate change, China can absolutely lead the world to success by peaking and starting to reduce emissions early during this critical decade of 2020 to 2030.”

For India it is important to see how this impacts the direction that the Quad will take. As the only Quad member which has a land border with China, India does not want the Quad to be given a military dimension, unnecessarily antagonising Beijing beyond a point. During Blinken’s visit, both ministers were careful to explain the Quad as a cooperative platform of democracies to deal with problems ranging from Covid to maritime security and not against any country. The first formal summit of Quad leaders, likely in September, will be closely watched for further signals.

The sense of disappointment at some of Blinken’s remarks in his meeting with ‘civil society’ representatives was evident at the joint press conference where External Affairs Minister Jaishankar pointedly told a Western correspondent: “Freedoms are important; we value them but never equate freedom with non-governance or poor governance…”

He also had a response to Blinken’s careful articulation, indicating that the two countries had discussed within their democracies: “The quest for a more perfect union applies as much to the Indian democracy as it does to the American one.”

India’s anti-U.S. elites may feel vindicated that their ‘I-told-you-so’ warnings about Washington have come true. But the answer doesn’t lie in turning away from the U.S., which India needs for its markets, technology, defence cooperation and the huge Indian diaspora. India has to recognise that as a global superpower with many irons in many fires, the U.S. may not always act as per India’s expectations. India has to keep up the pressure on the U.S. to respect our core security interests, work with it on the many positive areas of cooperation and fashion its own diplomatic initiatives to minimise the impact of Washington’s U-turns and abrupt policy shifts.