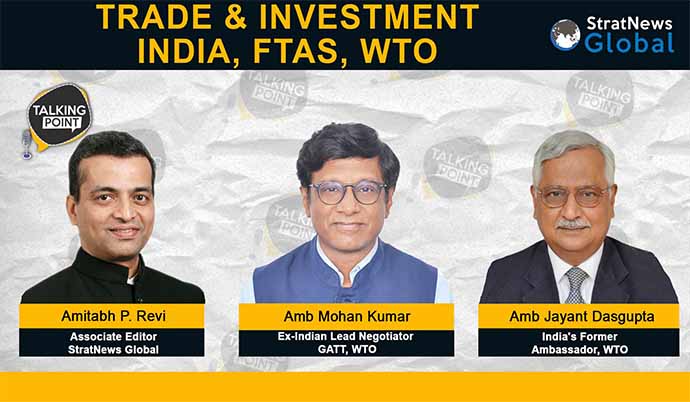 The panellists discuss movement towards three early harvest trade agreements with the UAE, UK and Australia with comprehensive deals targeted with them separately by the end of 2022, Commerce minister Piyush Goyal’s export target of $450-$500 billion by the next financial year, whether decoupling trade with China is taking place, deals being negotiated with the European Union, Russia, Oman, Canada, and the Southern African Customs Union (SACU), and the World Trade Organisation preparing for its ministerial conference in November.