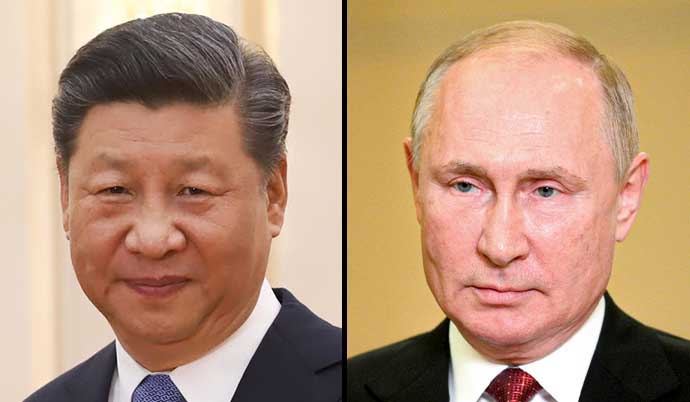 NEW DELHI: “The Russo Ukrainian war is the most severe geopolitical conflict since World War II and will result in far greater global consequences than September 11 attacks,” thus begins an article by Hu Wei, vice chairman of the Public Policy Research Centre of the Counsellor’s Office of China’s State Council. The author is also chairman of the Shanghai Public Policy Research Association and the chairman of the Academic Committee of the Chahar Institute. So clearly, Hu Wei is a person of some consequence in China.

This article, originally written in Mandarin, was translated, offered to and published in the US China Perception Monitor, an online publication of the Carter Center that explores perceptions and misperceptions in US China relations. Titled “Possible Outcomes of the Russo Ukrainian War and China’s Choice,” the article notes that Russia’s ‘special military operation’ against Ukraine is controversial in China, and this article is an attempt to objectively analyse the consequences and “corresponding countermeasure options”.

At the outset the author warns that “Vladimir Putin may be unable to achieve his expected goals.” He writes that Putin’s blitzkrieg was intended to “solve the Ukrainian problem and divert attention from Russia’s domestic crisis”. But the blitzkrieg failed, Russia cannot afford a protracted war and a nuclear war is unwinnable. There is no guarantee that even if Russia occupies Ukraine and sets up a puppet government there will be final victory. Therefore peace talks are the only way forward but what Putin has not won on the battlefield cannot be won through negotiations. Putin, given his character, will not give up easily, the war could escalate beyond Ukraine “and may even include the possibility of a nuclear strike”. If that happens, the US and Europe will get dragged in with catastrophic consequences for humanity, and Russia’s military power, he notes, “is no match for NATO’s”.

Western sanctions, he writes, will debilitate Russia and the domestic economy will be unsustainable. This could lead to political mutiny in Russia and if Putin were ousted from power due to civil strife or coup d’etat, that country will succumb to the West “and Russia’s status as a great power would come to an end”.

The immediate result is the US regaining leadership in the Western world, France and Germany will no longer strain at getting out of the NATO defense framework and with Nord Stream 2 now shut, Europe will be reliant on US natural gas supplies. The author warns of a new Iron Curtain that will divide the world’s democracies and autocracies. It will help the US consolidate its Indo-Pacific strategy with Japan solidly behind it. China will become more isolated and will need to take proactive measures as Japan becomes the anti-China vanguard, South Korea moves closer to the US and Taiwan joins the anti-China chorus.

“China will not only be militarily encircled by the US, NATO, the Quad and AUKUS, but also be challenged by Western values and systems”.

The author argues that “China cannot be tied to Putin and needs to be cut off as soon as possible”. A Putin victory looks bleak and China does not have the clout to back Russia and therefore must unburden itself. The author writes that China’s wiggle room may only last one or two weeks and therefore must act decisively. Neutrality is not an option and China must stand with the majority of countries. This is also conducive to the settlement of the Taiwan issue.

His final point: Putin’s departure from China’s support will most likely end the war or at least not dare to escalate the war. “As a result China will win widespread international praise for maintaining world peace, which may help China prevent isolation but also find an opportunity to improve its relations with the United States and the West”.