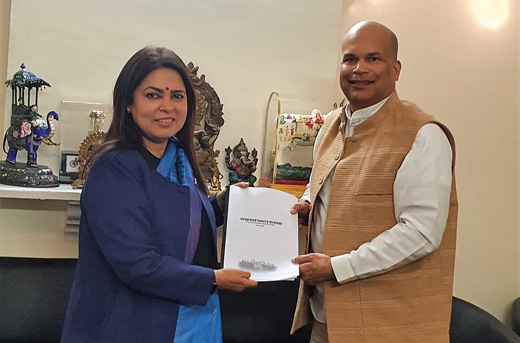 Sri Lanka’s High Commissioner to India Milinda Moragoda spoke on Sri Lanka-India Relations: The Way Forward at the Rashtriya Raksha University’s Confab on National Security. He gave a broad overview of ties with India before answering questions from scholars and experts. Here is an edited excerpt based on the material supplied by the Rashtriya Raksha University. At the outset he acknowledged a “trust deficit for obvious reasons, trust is a two-way process”. The obvious reason was China but as Moragoda underscored, “there was a time when the U.S. was the elephant in the room during president Jayawardene’s time, so elephants may keep changing but relations go on.” He said Colombo and Delhi were working on a “strategic document, preparation of which was on just before I took over. We are fine tuning it and when I move on hopefully my successor will take it to the next level.”...Read More