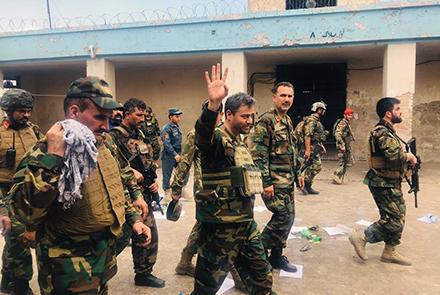 Hours before the attack on a prison in Jalalabad ended on Monday, Afghan chief of army staff General Yasin Zia arrived in the province. (Photo: Tolo News)

NEW DELHI: As a tenuous Eid ceasefire ended in Afghanistan, a multiple car bomb assault by Islamic State on a Jalalabad prison on Sunday that saw an attempted escape by over a thousand Taliban prisoners only helped justify President Ghani’s unwillingness to release the last of the 400 Taliban detainees on the Taliban Council list, a move that has deepened the shadow over intra-Afghan talks...Read More