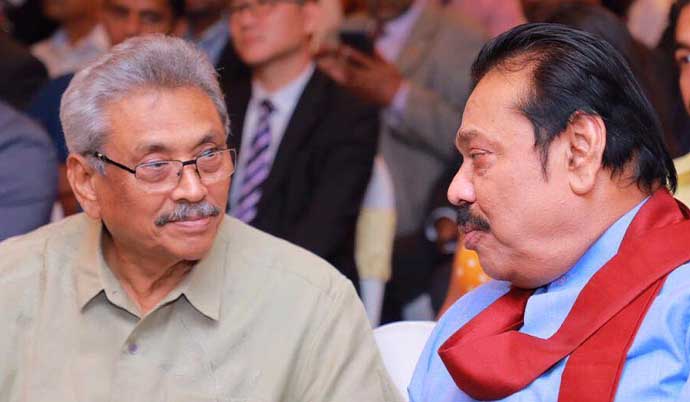 Following queries made by Sri Lanka Podujana Peramuna (SLPP) Parliamentarians, President Gotabaya Rajapaksa has said he has not asked Prime Minister Mahinda Rajapaksa to resign, nor does he have any intention of doing so, The Morning has learnt.

The assurances made by the President to SLPP members follow two seemingly contradictory statements on Wednesday. The President wrote a letter to leaders of all political parties in the ruling coalition and to those who were part of the government but have now chosen to sit independently in the House. The President added in his letter that the venerable Chief Prelates of the Three Chapters, Archbishop of Colombo His Eminence Malcolm Cardinal Ranjith and other religious leaders, political parties and various organisations have appealed to him to form an all-party government as a solution to the present social and economic crisis.

However, during an audience with the chairpersons, mayors, and members of local government institutions, Prime Minister Mahinda Rajapaksa said the President has never asked him to resign from his position, and also expressed confidence that the President would not ask him to resign at any point.

He also said that he is not willing to resign, as it would be detrimental to Sri Lanka. “Anyone can make allegations, but those allegations need to be proved. We cannot turn our back on the Constitution and leave, and allow the country to descend into a state of anarchy.”