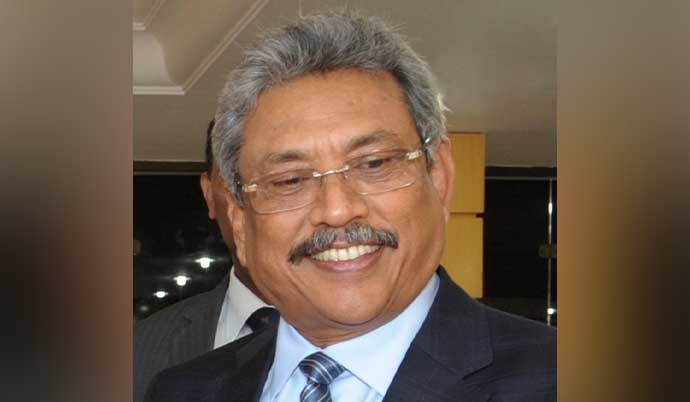 “Abolish the Executive Presidency” has been a common rallying call in Sri Lankan politics since the inception of the office of the Executive President in 1977/1978. So much so that every successful candidate at every presidential election between 1994 and 2015 made it a central campaign promise.

Sri Lanka’s Executive President is a uniquely powerful office that is able to make appointments to key institutions across the government, including to the superior courts. The President is able to control when Parliament will be prorogued or dissolved (the latter subject to some control), which Members of Parliament (MPs) will get plush ministerial portfolios and the powers and privileges that comes with such positions. Until the passage of the 19th Amendment in 2015, the President’s action in his/her official capacity could not be called into question in any court. Essentially the President enjoys a lot of power and very little accountability.

This unbridled power of the presidency has come into sharp focus again as Sri Lanka faces an unprecedented economic crisis, a political crisis and a crisis of public confidence in governance. While citizens across the country protest, over the last two weeks MPs and political parties have proposed amending the Constitution to reduce the powers of the President, make decision-making more accountable, ostensibly to restore public confidence in government.

Presently, there are two draft constitutional amendments available on the website of the Parliament of Sri Lanka—a Private Member’s Bill submitted by the Samagi Jana Balawegaya (SJB) and another Private Member’s Bill submitted by a group of Sri Lanka Podujana Peramuna (SLPP) MPs who have recently chosen to function as independent MPs (the Group of 40).

Additionally, the Cabinet on April 25, 2022 approved a proposal to draft a new constitutional amendment “that entrusts more powers to the Parliament by further strengthening the democracy based on the effective particulars appeared in both nineteenth and twentieth constitutional amendments”. The contents of the government’s proposed amendment are unclear. After all, this is a government that in October 2020 criticised the 19th Amendment as an “unworkable” system of government. So, it remains to be seen what the government would consider “effective particulars of the 19th [Amendment]”.

This article will discuss the SJB proposal and the proposal made by the Group of 40 MPs for a 21st Amendment to the Constitution. This is not an exhaustive discussion of the proposals made by the said private members’ bills and will only focus on three specific aspects, namely, the proposals relating to the Constitutional Council, the impact of the bills on the relationship between the President and Prime Minister’s powers and the impact of the bills on the President’s powers over Parliament.

The two proposals broadly agree on the composition of the institutions for which appointments will be made via the Constitutional Council, but the SJB proposal has added several key institutions to this list.

Relationship Between President And Prime Minister

Both proposals would require that the President act on the advice of the Prime Minister when determining the subjects and functions assigned to each ministry and when deciding which MPs should be appointed ministers, deputy ministers and non-cabinet ministers (i.e. state ministers).

However, the SJB proposal goes further than the proposal by the Group of 40 MPs in reducing the power of the President.

According to the SJB proposal, the President will be required to always act on the advice of the Prime Minister, except in the limited situations where the Constitution specifically requires the President to act on his/her own discretion. This would result in executive power effectively being transferred to the Prime Minister (and some to the Cabinet) and convert the Executive Presidency to a predominantly ceremonial role with very limited executive power.

Relationship Between The President And Parliament

How Do The Proposals Stack Up Against Each Other?

The 21st Amendment is now the third iteration of constitutional amendments to reduce the powers of the Executive President. The first was the 17th Amendment which was enacted in October 2001; however, this proposal was deliberately undermined by both then President Chandrika Kumaratunga and President Mahinda Rajapaksa since 2004. Then President Mahinda Rajapaksa subverted the Constitution for almost six years and made appointments to key institutions. He was able to do this because at the time the President was immune from judicial scrutiny even when he intentionally violated the Constitution.

The 19th Amendment sought to fix this problem by subjecting the President to the fundamental rights jurisdiction of the Supreme Court and by mandating other changes to respond to the various other excuses used by then President Mahinda Rajapaksa during 2005-2010 to undermine the Constitution.

However, the 19th Amendment was characterised as an ineffective amendment which created two centres of power within the government, leading to paralysis in decision-making. This was one of the main arguments put forward by the Sri Lanka Podujana Peramuna (SLPP) when it sought to enact the 20th Amendment, to recreate the powerful Executive President to “develop the country and ensure national security”.

As such any new constitutional amendment should strive to ensure the separation of powers and functions between the President and the Prime Minister are clear and unambiguous and are not susceptible to the same criticisms as the 19th Amendment. In this regard the SJB proposal has a consistent internal logic and leaves little doubt as to the division of powers between the Prime Minister and the President. Unfortunately, the proposal of the 40 MPs creates a complicated balance of power among the President, Prime Minister and Parliament and thus too much confusion as to the responsibilities of each institution.

As Sri Lanka deals with a debilitating economic crisis, the answer to that question to a large part depends on the political will and financial ability to conduct a referendum. Whichever Bill is to be tabled in Parliament, the Supreme Court will have to decide whether the Bill as a whole or any clause(s) thereof requires to be passed by the people at a referendum. If the court decides that a referendum is required to substantially reduce the powers of the President, will the proponents of these Bills back down and favour a 19th Amendment type compromise (which can be reversed by a future Parliament), or will the politicians risk a referendum?

(The writer, Luwie Ganeshanathan, is an Attorney-at-Law and a consultant with the Centre for Policy Alternatives working on public interest litigation. This article is published by arrangement with www.themorning.lk)