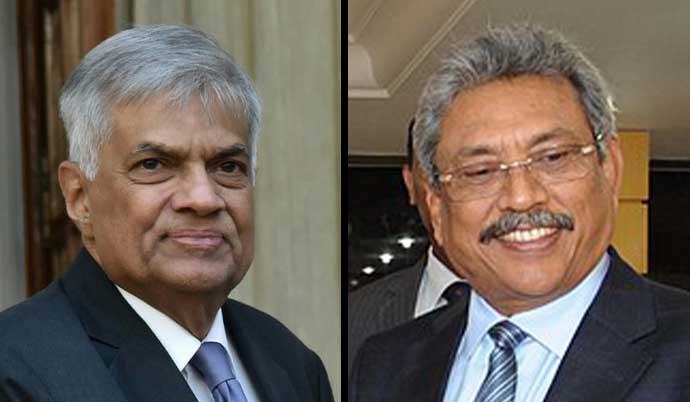 The Sri Lankan Cabinet of Ministers has approved a proposal by Prime Minister Ranil Wickremesinghe to amend five Acts, aiming to increase the government’s tax revenue to pre-2019 December levels, in a nearly total reversal of the controversial tax amendments made under President Gotabaya Rajapaksa and then Finance Minister Mahinda Rajapaksa.

“Minister of Finance, Economic Stabilisation, and National Policies and Premier Ranil Wickremesinghe presented a proposal to amend the Inland Revenue Act No. 24 of 2017, the VAT Act No. 14 of 2002, the Telecommunication Levy Act No. 21 of 2011, the Betting and Gaming Levy Act No. 40 of 1988, and the Fiscal Management (Responsibility) Act No. 03 of 2003, which the Cabinet approved on Monday (30),” Cabinet Spokesman Bandula Gunawardana said at the weekly briefing.

The statement noted that the estimated additional revenue for 2022 from these two immediate measures is Rs 94 billion.

It will also make Withholding Tax (WHT) on employment income tax mandatory, make WHT mandatory, consider WHT on interest and dividends as final payments, and reintroduce a relief on interest income of Rs 1.5 million for senior citizens. Furthermore, it will impose WHT on service payments exceeding Rs 100,000 per month made to individuals such as professionals, increase the Corporate Income Tax to 30% and concessionary tax rate to 15%.

Proposed amendments to the VAT Act, due to be effective from 1 October, aim to decrease the VAT registration threshold to Rs 120 million per annum and to remove the VAT exemption granted for the sale of condominium housing units.

Similarly, the proposed amendments to the Betting and Gaming Levy Act are due to come into effect from 1 October, aiming to increase the annual levy of carrying on the business to Rs 500 million. Furthermore, it will increase the annual levy for betting to Rs 5 million when carried out through agents, to Rs 1 million when carried out on live telecast, and to Rs 75,000 without the use of live telecast facilities. It will also increase the rate of the levy on gross collections to 15%.

The statement noted that the estimated additional revenue for 2022 from these measures is Rs 125 billion.

“Sri Lanka introduced a low-tax regime in late 2019. This caused an annual loss of around Rs 600-800 billion in tax revenue to State coffers,” said the statement.

Noting that the government’s income has “historically fallen”, Gunawardana said that the budget deficit is now “impossible to bear”, as spending, including for essential goods and services, is difficult.

“A number of factors led to the decline in government revenue, including the Covid-19 pandemic, lockdowns, and tax cuts. In 2021, the government faced a debt of Rs 5.6 billion per day. Wickremesinghe stated that it is unsustainable to travel down this path, and proposed these amendments, to restore the tax revenue to pre-2019 levels,” said Gunawardana.

In the International Monetary Fund’s (IMF) 2021 Article IV Consultation report on Sri Lanka, the IMF, while acknowledging that the Covid-19 pandemic severely affected the country’s economy, said that pre-pandemic tax cuts in 2019, coupled with the pandemic, led to fiscal deficits larger than 10% of the gross domestic product (GDP) in 2020 and 2021 and a rapid increase in public debt to 119% of the GDP in 2021.