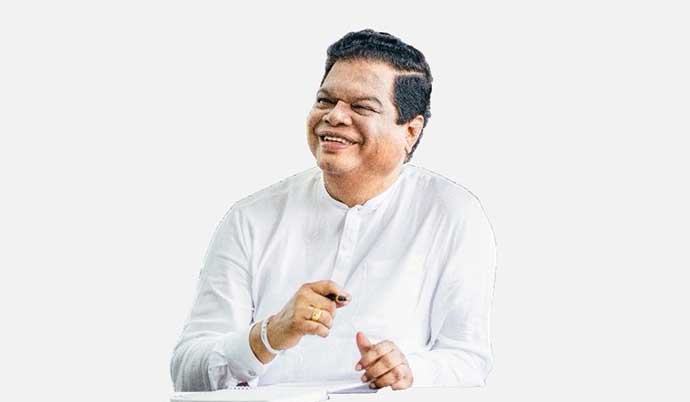 Despite the continuous deterioration of the Sri Lankan economy, the upcoming meeting at the end of the month with the International Monetary Fund (IMF) to secure an IMF programme and the impending maturity of the $1 billion international sovereign bond (ISB) issuance in July, the post of Finance Minister remains vacant following the resignation of Minister of Parliament (MP) Basil Rajapaksa. An offer made to former Minister of Trade Bandula Gunawardana has been turned down by him.

Speaking to The Morning Business, government sources disclosed that the finance portfolio has been turned down by Gunawardana and a couple of other parliamentarians. This comes in the aftermath of the resignation of Ali Sabry as Finance Minister 24 hours after he was appointed.

As of Monday, the $1 billion ISB issuance maturing in July was quoted at 59 cents on the dollar, its lowest price since May 2020. According to Bloomberg, this latest leg down, the biggest among developing countries, suggests that investors are getting more and more convinced Sri Lanka will have trouble honouring its debt when it comes due in less than four months.

With the Sri Lankan rupee collapsing by over 50% during the last five weeks, continuing the foreign exchange shortage in the domestic market and Asia’s fastest inflation rate, the Sri Lankan economy is currently staring down the barrel of a gun.

The government’s insistence of meeting its foreign debt obligations as they become due instead of pursuing a debt restructuring process has led to widespread shortages of essential goods in the country. Consequently, violent protests broke out island-wide resulting in the resignation of the entire Cabinet of Ministers on Sunday.

While a temporary Cabinet was appointed on Monday, the vacancy of the Foreign Minister’s post is concerning, considering the situation of the economy. Critics have called on the government to clearly communicate Sri Lanka’s progress in restructuring its debt.

Commenting on outbreak of protests in Sri Lanka, Patrick Curran, an economist at Tellimer, a research firm specialising in emerging markets, told Bloomberg: “Default was inevitable before the political turmoil, but it reduces the likelihood that the Government will be able to secure an IMF programme and engage with bondholders in the near-term. The prospect of broader political and social unrest also increases downside risks and could lead to higher exit yields and lower recovery values.”

Following the resignation of the Governor of the Central Bank of Sri Lanka (CBSL) on Monday, the announcement of the Monetary Policy Review No. 3 of 2022, which was scheduled to be held on Tuesday, was postponed. However, it appears a significant rate hike is imminent as reflected by the increase in treasury bill rates across all maturities at yesterday’s auction. Accordingly, the average yield of the 91-day treasury bill increased to 14.12% from 12.92%, the 182-day bill to 15.36% from 12.25%, and 364-day bill to 15.69% from 12.28%.