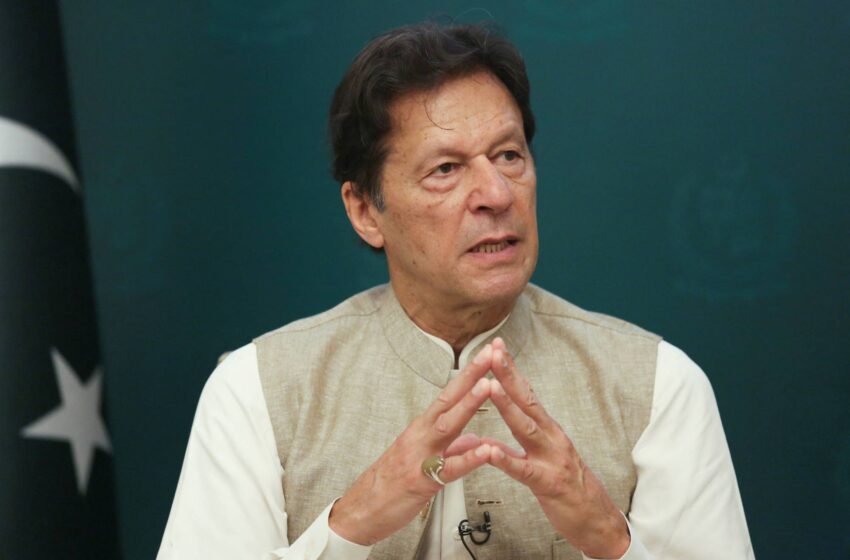 NEW DELHI: The captain is hurt and rightfully so. Beaten by his political rivals to the draw in the latest bout of brinkmanship, former Pakistani Prime Minister Imran Khan has reiterated his call for snap polls.

The immediate trigger is a political cat-and-mouse game. It began with Imran’s announcement that the provincial assemblies of Punjab and Khyber Pakhtunkhwa would be dissolved. The idea was to pressure the federal government into calling early elections. The logic was flat: If the two assemblies are dissolved, over 60 per cent of Pakistanis would vote and the outcome would be indicative of a repeat performance in the general elections. All this, assuming that his party would sweep both the provincial elections.

But what explains his impatience to wait for a year when general elections are due? Sensing public support/sympathy in favour of his party—winning a clutch of bypolls in Punjab, huge turnout at his rallies and long marches, a recent bid on his life et al—the former cricketer understands timing is important. And one year down the line, public support may simply wane.

Rewind to April 2022. That’s when Imran became the first Pakistani PM to be ousted after losing a no-confidence motion. He has tried to hype up allegations of a foreign conspiracy to topple his government. A bitter faceoff with the government, including name calling, ensued. The bypoll victories instilled a sense of confidence. Soon, Imran trained his guns on the all-powerful army and its chief Gen Bajwa, openly accusing him of playing a role in his ouster by helping the Opposition. So strong was the impact that the ISI chief addressed an unprecedented press appearance aimed at damage control. Imran wanted a say in appointing Gen. Bajwa’s successor, which the government summarily rejected. His repeated demands for snap polls have been turned down by the government. The buzz is Nawaz Sharif doesn’t want the elections ahead of schedule. Now, Imran finds himself in the midst of an unverified audio ‘phone sex’ scandal that has surfaced on social media. His supporters say it’s a ploy by detractors to discredit him and sully his public image.

Back to the more immediate crisis. After Punjab’s legislators belonging to the ruling federal coalition moved a no-confidence motion (on Dec 21, to checkmate Imran’s plans for dissolution of the assembly) against the Punjab CM (from the Imran camp), the governor (a central govt appointee) was quick to call a trust vote the next day. The Speaker (from Imran’s party) contested that as unconstitutional. The next day, the governor said the same thing about the Speaker’s ruling. The tussle will most likely land in court. And till Punjab is settled, the dissolution of Khyber Pakhtunkhwa assembly will have to wait, as the chief minister has said.

The central government now says the Punjab CM cannot continue in his position, having skipped the floor test. And that governor’s rule could be imposed in Punjab. For Imran, that would mean losing power in the politically most powerful province in the country. Having rubbed most of the powers-that-be the wrong way won’t help either. No wonder, the captain is hurt.