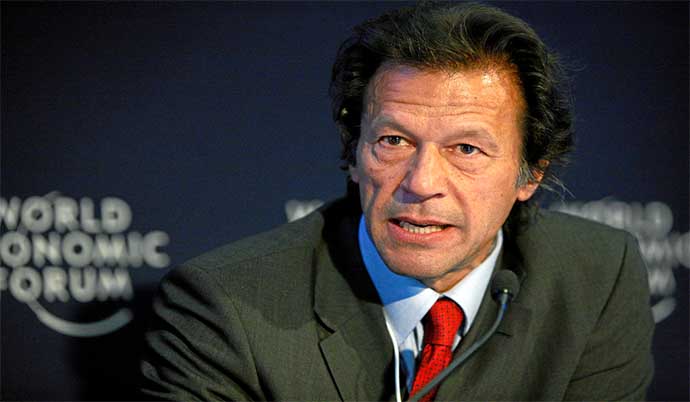 NEW DELHI: In a country where cricket is much more than just a sport, a national unifier rather, Imran Khan gained iconic status when as captain of the Pakistani cricket team he lifted the world cup in 1992. That was down under and the team was down in the dumps, having won just one of its first five games. Imran’s own performance wasn’t that great but he galvanized the team that had streaks of brilliance. With a generous slice of luck and a bit of leadership, the captain ensured Pakistan won the title for the first time. Imran retired from cricket the same year.

In 1996, he formed a political party, Pakistan Tehreek-e-Insaf (PTI). In the general elections held the following year, the party didn’t do too well. Imran ran for the National Assembly (the lower house of Parliament) and lost. In the next parliamentary polls in 2002, PTI won one seat, bagged by Imran.

He resigned his Parliament seat in 2007 to protest Gen Pervez Musharraf’s candidature for the upcoming Presidential election. The same year he was briefly jailed in a crackdown against Musharraf’s critics after the General declared a state of emergency. Opposed to Musharraf’s reign, his party boycotted the 2008 elections.

In the run-up to the 2013 elections, Imran’s party drew big crowds to its rallies. PTI fared better than the previous polls but managed to garner less than half the seats clinched by Nawaz Sharif’s party PML-N. Imran accused Sharif’s party of rigging the election and called for a probe which never happened. Imran was part of the Opposition protest to put pressure on Sharif to quit. That didn’t have the desired effect but the subsequent Panama Papers revelations that mentioned Sharif family’s offshore holdings did the trick. In 2017, a Supreme Court probe disqualified Sharif from holding public office, forcing him to quit.

In the 2018 general election, Imran made fighting corruption and eradicating poverty his main planks. His party won 155 seats in the legislature, short of a simple majority but stitched an alliance to form the government.

Many saw him as a puppet prime minister installed by Pakistan’s powerful military that called the shots. The economy was in bad shape and the country borrowed heavily from countries such as China, Saudi Arabia and the UAE. Covid-19 aggravated problems and imposing a delayed national lockdown didn’t help either.

Imran’s biggest mistake perhaps was to defy the army that has always been the most powerful institution in Pakistan, the so-called democracy notwithstanding. When Army Chief Gen Qamar Bajwa wanted to transfer ISI chief Lt Gen. Faiz Hameed last year, Imran refused to let him go. The Army took it as an affront, sensing a quid pro quo: Imran would help Gen. Hameed become Army Chief while Hameed would help Imran in his re-election bid in 2023. The Army finally prevailed and Gen. Hameed was transferred but the episode did dent ties between Imran and the Army.

Sensing a chance, the Opposition got together, formed an alliance and organised street rallies and protest marches to seek Imran’s ouster. A no-confidence motion was finally submitted earlier this month in the National Assembly. Rattled by a dozen-odd defections from his own party, Imran even made a presidential reference in Supreme Court, seeking disqualification of rebels. He even held a massive rally in Islamabad to garner public support. In what seemed to be more like an election rally, Imran recounted what he called his government’s achievements and claimed there was a foreign conspiracy to oust him. His party claimed the attendance at the rally was a testimony to public support that Imran enjoys. “The nation wants Purana Khan and Naya Pakistan,” claimed Foreign Minister Shah Mahmood Qureshi.

But the political landscape kept changing. MQM, a key ally of the government, parted ways. And that added to the Opposition numbers. No prime minister has completed a full term in office. Nor will Imran. On a day the National Assembly was scheduled to vote on the no-confidence motion, the chair dismissed it, calling it unconstitutional. Moments later, Imran told the nation, saying he had recommended to the President to dissolve Parliament and call fresh elections. Reiterating the “foreign conspiracy” angle, he said it was only fair that Pakistanis should decide who should govern them. The ball is now in people’s court. The captain will have to wait for his second political innings.