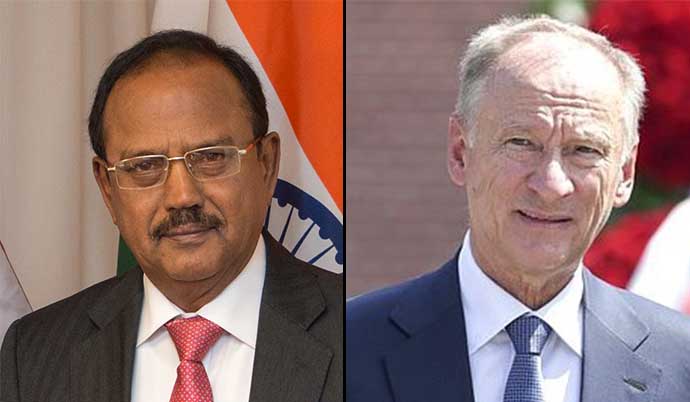 NEW DELHI: A sulking Pakistan will watch from the sidelines as India hosts national security advisers (NSAs) of Russia and all Central Asian Republics in Delhi next week, to discuss the current situation in Afghanistan, the likely fallout for the region and the way forward.

On Monday, Pakistan’s NSA Mooed Yusuf announced that he will not be travelling to Delhi for the proposed meeting, remarking that “a spoiler cannot be allowed to play the role of a peacemaker.’’ He wants Taliban representation in any such meeting, a proposition that is unacceptable to the main organisers of the conference in New Delhi, that is India and Russia.

Much to Islamabad’s chagrin, Russia, India and Iran are working in close coordination to make this first of its kind conference, to be held on 10 November, an important forum for exchanging notes on the evolving security situation emerging from the Taliban taking over the reins of power in Kabul in August.

This is perhaps the first time that all Central Asian Republics—even Kyrgyzstan and Kazakhstan that don’t share borders with Afghanistan—will attend the meeting, reflecting the concerns that nations in this wider region feel over the precarious security situation as a fallout of the Taliban seizing power.

There is no official word from China yet, but if Beijing wants to be taken seriously as a power to reckon with, it will not take its cue from Pakistan’s obduracy, and will send a high level representative for the meeting and work with India and Russia for regional stability.

According to sources, Nikolai Patrushev, Secretary of the Security Council of Russia since 2008 and President Vladimir Putin’s points persons on all matters of national security, is making his second trip to New Delhi in quick succession (he came in September 2021 for a one-on-one meeting with Indian NSA Ajit Doval), in what is seen as a clear signal to both China and the United States that Russia remains a pre-eminent player in Afghanistan and in Central Asia.

The New Delhi meeting assumes importance in view of the concerns that countries in the region have about not only terrorism emanating from Afghanistan, but the possibility of radical elements securing safe havens there and narcotics trafficking getting a boost.

The New Delhi conference will also mark India’s return to centre stage in the emerging security situation in the region. Doval and Patrushev, who share a warm and close rapport, have chosen to involve security czars of the Central Asian Republics since they are the most important part of the decision-making architecture.

There are expectations that NSAs from Uzbekistan, Tajikistan, Turkmenistan, Kyrgyzstan, Kazakhstan, besides Iran and Russia will join Doval and his team from India’s National Security Council Secretariat (NSCS) to discuss hardcore security issues in the region and identify the likely challenges that security set ups will face in the near future.