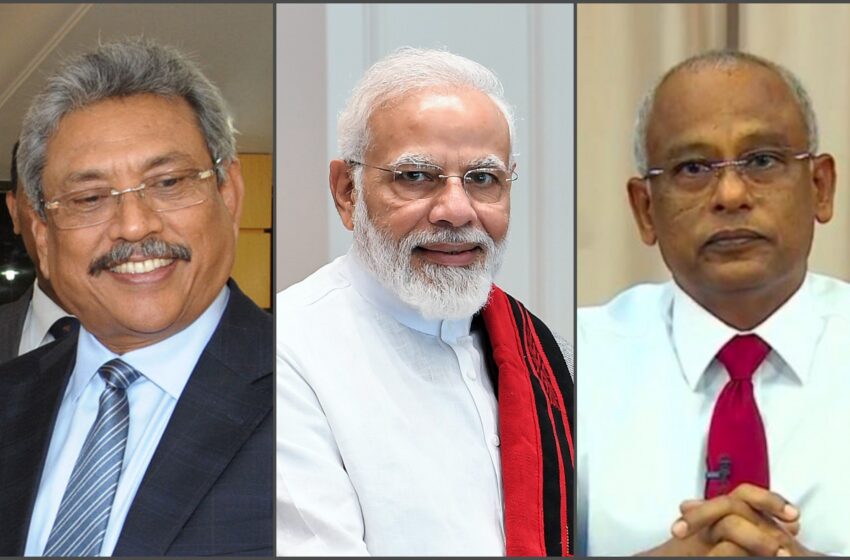 NEW DELHI: India’s National Security Adviser Ajit Doval is scheduled to travel to Sri Lanka’s capital Colombo on Friday and Saturday to carry forward the recent momentum in India-Sri Lanka relations, exactly a year after Gotabaya Rajapaksa was elected President in the island nation. On top of the agenda during Doval’s two-day visit is the revival of the trilateral maritime cooperation between India-Sri Lanka and Maldives that had fallen off the radar for the past six years.

The Indian NSA has been officially invited by Sri Lanka’s Defence Secretary Maj. Gen. Kamal Gunaratne (retd) for the trilateral meeting. Maldives will be represented by its Defence Minister Mariya Didi, official sources in New Delhi, Colombo and Male have confirmed. Sri Lanka and Maldives, two important countries in the Indian Ocean have pushed for revival of the trilateral maritime cooperation with India. This will be the fourth NSA-level meeting between the three close neighbours but one that is coming after a long gap.

The last such meeting was held in India in March 2014. The dialogue, officially called the Trilateral Maritime Security Cooperation, was launched in 2011. The first meeting was hosted by Maldives. The second meeting was held in Colombo in 2013. In the third meeting hosted by India, Mauritius and Seychelles, two other important Indian Ocean countries, had attended as special invitees. This time, according to official sources, Sri Lanka has invited not just Mauritius and Seychelles but also Bangladesh to attend the meeting, although it is not yet known if these countries have confirmed their participation.

Significantly, the initiative to revive the maritime security mechanism has come from Sri Lanka and Maldives, strategically located in the Indian Ocean which is now emerging as the new playground for big power rivalries. Increasing forays by the PLA Navy in the Indian Ocean has been the subject of intense discussions across small and big countries in the region and India, which prides itself as the net security provider in the Indian Ocean region, is more than willing to lead the initiative since Delhi wants to retain its primacy by establishing an effective cooperative network. India is, of course, going out of its way to provide expertise and support that the smaller but important neighbours require in view of increasing human trafficking and drug smuggling operations in the Indian Ocean Region.

On Wednesday, for instance, the Indian Coast Guard apprehended a Sri Lanka registered boat that was carrying over 100 kg of heroin off the coast of Tuticorin. The drug consignment, according to the arrested crew, originated from Pakistan. The tip-off came from two sources which enabled the Coast Guard to apprehend the boat. The final destination of the large drug consignment was believed to be Australia. More details are awaited but the incident underscores the need for close cooperation between Indian Ocean countries.

The idea of the trilateral maritime cooperation, which now looks set to be expanded, is premised on three basic principles:

By themselves, these objectives are routine cooperative mechanisms but China will be watching the outcome of the fourth meeting of the NSAs with keen interest. The contest for primacy in the Indian Ocean region is well and truly on.