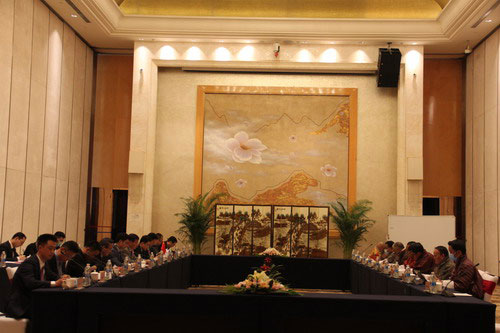 The 10th Expert Group Meeting on boundary talks between China and Bhutan was held in Kunming, China from April 6 to 9. (Photo: Chinese foreign ministry)

NEW DELHI: Bhutan has refused to yield to Chinese pressure on altering the terms that govern the boundary talks between Thimphu and Beijing. It has rejected a new proposal by China to steer the process through a so-called Three Step Roadmap (TSR).

The 10th Expert Group Meeting (EGM) between China and Bhutan, held in Kunming from 6 and 9 April, was marked by Chinese assertiveness and impatience because of Bhutan’s insistence on sticking to the existing framework on boundary talks instead of adopting a new formula, informed sources have revealed.

For instance, China wants Bhutan to amend the clause in the ‘Guiding Principles’ that mandates both sides to maintain the status quo on the boundary as it existed in March 1959. The Bhutanese delegation, however, pointed out to their Chinese counterparts that the clause about maintaining status quo was included in the existing framework on boundary talks at the insistence of the then Chinese vice foreign minister Lui Shuqing in 1988.

The Chinese delegation had decided to adopt an aggressive posture right from the beginning of the talks on April 6, sources said. It accused Bhutan of changing its stance on Doklam at India’s insistence, and allowing Indian troops in south Doklam. China also officially laid its claim to the Sakteng Wildlife Sanctuary in Eastern Bhutan—bordering West Kameng district in Indian state of Arunachal Pradesh—for the first time. StratNews Global was the first to report China’s new claim in Sakteng (https://stratnewsglobal.com/china/china-crafts-new-dispute-in-bhutan-wildlife-sanctuary-bordering-india) which does not even border China.

Bhutanese officials, however, responded to Chinese aggression calmly and with firmness, pointing out that Sakteng was never a disputed area. They also denied the presence of Indian soldiers in Bhutanese outposts that guard the China-Bhutan border. Realising that the Bhutanese delegation was not intimidated by their pressure tactics, the Chinese changed tack and reportedly offered to drop the claim on Sakteng provided Bhutan accommodated its demands in the western sector. Clearly, the Chinese are more interested in getting their way in Doklam area.

It is worth recalling that Indian and Chinese troops had a 73-day standoff at Doklam in 2017, after Indian troops stopped a Chinese road construction in Bhutanese territory near Doka La since it was coming closer to the Zampheri ridge.

Continuing the discussions on the second and the third days, the Chinese delegation put forward more details of the draft TSR. In addition to proposing a change in the guiding principles, China wanted Bhutan to agree to two more conditions. One, start demarcation of the boundary from a place called Gyamochen in the western sector (see map below) and two, sign a boundary agreement, establish diplomatic relations and then start demarcation of the boundary on ground. The Bhutanese delegation however firmly rejected the additional points too. 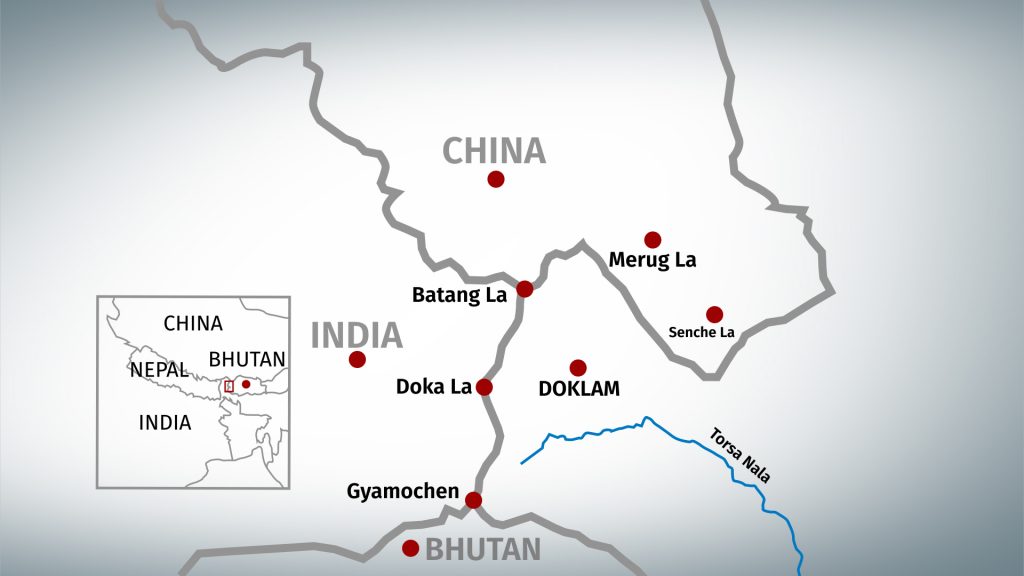 Sources said the Bhutanese officials pointed out to their Chinese counterparts that the boundary between Bhutan and China in the western sector starts at the confluence of two streams coming from Zompelri Lake and Doka La, and running along Torsa nallah and not at Gyamochen as the Chinese want. The Bhutanese delegation also resisted Chinese attempts to claim areas east of the Amu Chu (river).

As the next step, Bhutan formally proposed three amendments to the TSR put forward by China. They are: Removal of any reference to Gyamochen and Sakteng; Acceptance of starting point of the boundary from the confluence of the two streams along the Torsa nallah; and dropping the clause that seeks removal of the guiding principles agreed upon between Bhutan and China in 1988. China was also told that diplomatic relations between the two countries can be established only after a final boundary settlement is arrived at and on-ground demarcation is completed.

Taken aback by the Bhutanese response, the Chinese delegation said it will have to refer the matter back to the higher ups since it does not have the authority to agree to any amendment proposed by Bhutan.

Perhaps as a final attempt to salvage something out of the Expert Group Meeting, the Chinese delegation leader asked what would be Bhutan’s ‘bottom line.’ The Bhutanese delegation leader apparently once again reiterated that for Bhutan the starting point for demarcation of the boundary must start at the tri-junction located at Batang La in the western sector. Without the clear demarcation in the western sector, there cannot be any progress in the central sector, the Chinese were told. During the discussion on this point, the Chinese delegation hinted that it is willing to drop the claim on Sakteng, if Bhutan does not insist upon starting the demarcation from the confluence of the streams near Batang La but leaves it open ended. Bhutan, however, refused to rise to the bait and stuck to the points it had made earlier, sources with detailed knowledge of the discussions said.

In the end, both sides agreed to schedule the 11th round of the Expert Group Meeting soon. In the final analysis, China is taking maximalist positions on Doklam and Sakteng in order to extract the most prized objective it has vis-à-vis Bhutan: establish direct diplomatic relations with Thimphu. The Chinese feel without this, Bhutan will continue to remain in India’s orbit and will always keep Indian interests in mind in negotiating a boundary settlement. According to Indian experts, Bhutan has done extremely well in withstanding the Chinese intimidation and has kept Indian security interests in mind during the discussions.